END_OF_DOCUMENT_TOKEN_TO_BE_REPLACED

Here are a few things that you will need to make most of my recipes here on Food Faith Fitness, and I consider all of them to be staples for gluten free and healthy baking and cooking!

Disclaimer: The links listed below are affiliate links and I will earn a commission if you do purchase the products through those links. However, I only promote products that I use and love, and those that are from companies that I trust. Feel free to email me if you have questions! 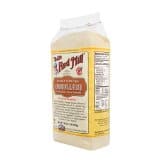 Almond Flour
I use a combination of almond flour and coconut flour in A LOT of recipes. It’s a lot denser than gluten-based flours, as it’s made of ground almonds, and it doesn’t absorb a lot of moisture. It’s a bit grainy so it’s not great when you want a really, light, fluffy baked good. BUT, it has a really great, nutty taste!
Recipe idea to try with almond flour:
Healthy Ginger Snaps 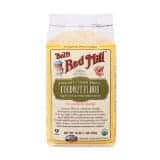 Coconut Flour
Coconut flour is GREAT to combine with nut flour, as it absorbs a TON of moisture. LIKE, A TON! You need a lot of eggs, or other binding ingredients when baking with coconut flour, as well as lots of liquid. I typically think that 2 eggs per 1/4 cup of flour does great – some people say 3. Additionally, I find 1/4 cup coconut flour to be ROUGHLY like 1 cup of regular flour. Again, this varies, but these are my typical findings. Please remember any gluten free flour is NOT interchangeable with a gluten-based flour on a one to one basis!
Recipe idea to try with coconut flour:
Paleo Lemon Bars 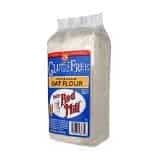 Oat Flour
I love oat flour in the fact that, well, I LOVE oats. BUT, it’s got a good amount of absorb-abilty, and gives baked goods a chewiness – similar to using whole wheat flour. PLUS, it’s really easy to make yourself! It’s great for gluten free, vegan baking!
Recipe idea to try with oat flour:
Oatmeal Breakfast Bars 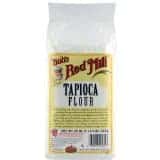 Tapioca Flour
I don’t use this one A LOT, because it can be a little trickier to find. However, this flour is what I have found to really give gluten free cakes that really light, airy and spring texture that they need. I love combining it with coconut flour!
Recipe idea to try with tapioca starch:
Paleo Mint Gluten Free Chocolate Cake 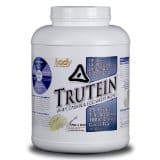 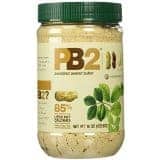 Peanut Flour
Peanut flour is basically just powdered, de-fatted peanut butter! When I want to eat a LOT of peanut butter, I just mix this with a little bit of water, to make it a paste and – POOF – healthy peanut butter that’s packed with protein, but for less calories! It doesn’t taste exactly like it, but it’s still delish. It’s also great to use in place of flour to really get a “peanuty” taste to your baking!
Recipe idea to try with peanut flour:
Microwave Peanut Butter Chocolate Protein Pancakes 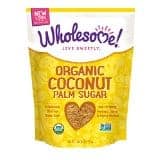 Coconut Sugar
Coconut sugar tastes VERY similar to brown sugar, except just a TINYYYY bit less sweet, and a little bit more “caramel-y.” Plus, it’s natural and totally un-refined, unlike brown sugar. If you don’t have it, you can sub in brown sugar for any recipe that calls for coconut sugar, no problem!
Recipe idea to try with coconut sugar:
Paleo Almond Chocolate Lava Cake 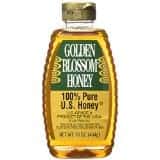 Honey
Plain and simple, honey is a delicious, natural, un-refined sugar. It’s super sweet so you don’t need NEARLY as much of it as when you’re using sugar – I find I only need about 1/2 the amount of honey as granulated sugar that a recipe calls for. You can’t replace it for sugar in recipes on a one to one basis, as it’s a liquid.
Recipe idea to try with honey:
Paleo Honey and Berry Semifreddo 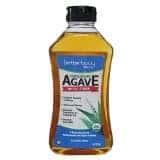 Agave
I use agave in place of honey when I’m making a vegan version of a recipe. I find it to be a LITTLE tiny bit sweeter than honey, but bakes the same was as honey.
Recipe idea to try with agave:
Vegan Banana Berry Oatmeal Breakfast Bars

Pure Maple Syrup
Yet another natural, un-refined sweetener. Again, you don’t need as much maple syrup as granulated sugar, and you can’t sub it on a one for one basis. I love that maple syrup has more flavor than honey or agave, which really lends itself well to some baked goods!
Recipe idea with maple syrup:
Paleo and Vegan Pecan Pie Bars 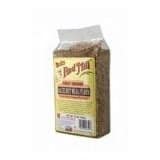 Flax Seeds
Flax seeds are a MUSTMUSTMUST if you want to try your hand at vegan baking. If you mix 1 TBsp of flax meal (ground up flax seeds) with 2 1/2 tbsp WARM water, and let it sit in the fridge for 30 minutes, it will gel up and you can use it to replace one egg in MOST recipes. This works great for things like muffins, quick breads and cakes!
Recipe idea to try with flax seeds:
Paleo and Vegan Sundried Tomato Homemade Tortillas 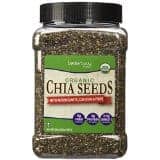 Chia Seeds
Chia seeds are a SUPERFOOD, and they are great for thickening. I’ve heard you can do the same “egg” with chia seeds as you can described with flax seeds. But, what I love chia seeds for, is chia pudding!
Recipe idea to try with chia seeds:
Slow Cooker Quinoa Energy Bars 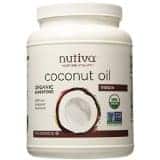 Coconut Oil
This is ESSENTIAL for healthy baking – because you can use it in place of butter or other unhealthy oils in cooking/baking. The really super cool thing about coconut oil is that it’s a solid at room temperature. This means you can use the solid like softened butter in recipes! Plus, it adds some majorly delicious coconut taste to recipes!
Recipe idea to try with coconut oil:
Hazelnut Skillet Paleo Brownies 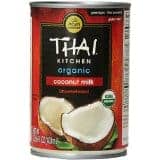 Full-Fat Coconut Milk
Full-fat coconut milk can be replaced for cream in dairy-free cooking and baking. PLUS, if you chill it overnight, the cream separates from the coconut water and you can WHIP the chilled cream to turn into dairy-free WHIPPED CREAM. It’s SO GOOD!
Recipe idea to try with coconut milk:
Vegan and Paleo Sweet Potato Noodle Coconut Curry 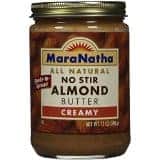 Natural Almond Butter
I love almond butter because, well, it’s TASTY! But I also love using it baking because you can use it as a binder instead of eggs, or as a healthy fat instead of butter or oil. Plus, it adds some seriously yum, nutty flavor!
Recipe idea to try with almond butter:
Paleo Almond Butter Homemade Protein Bars 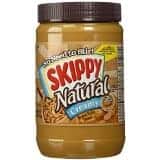 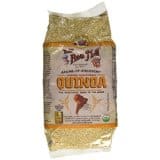 Quinoa
Quinoa is a delicious alternative to rice (not that there’s anything wrong with rice, it’s just not my fav.) I love it because it has a really nice, “nutty” flavor and it cooks in only 15 minutes! You can buy quinoa flour, or use actual cooked (or uncooked) quinoa right in recipes – even baked goods!
Recipe idea to try with quinoa:
Crusted Goat Cheese and Quinoa Chicken

Having a successful recipe depends just as much on the tools that you use to create it, as it does on the actual ingredients! I don’t believe you need to have a lot of “fancy shmancy” equipment to make SWEET recipes, but you do need to have some good-quality, basic gadgets. Here’s a list of the gadgets and gizmos that I frequently use and LOVE!

If you’re looking for my favorite photography tools and products, check out the “How To Start A Food Blog” Page!