END_OF_DOCUMENT_TOKEN_TO_BE_REPLACED

By Taylor KiserApr 8, 2016Jump to Recipe 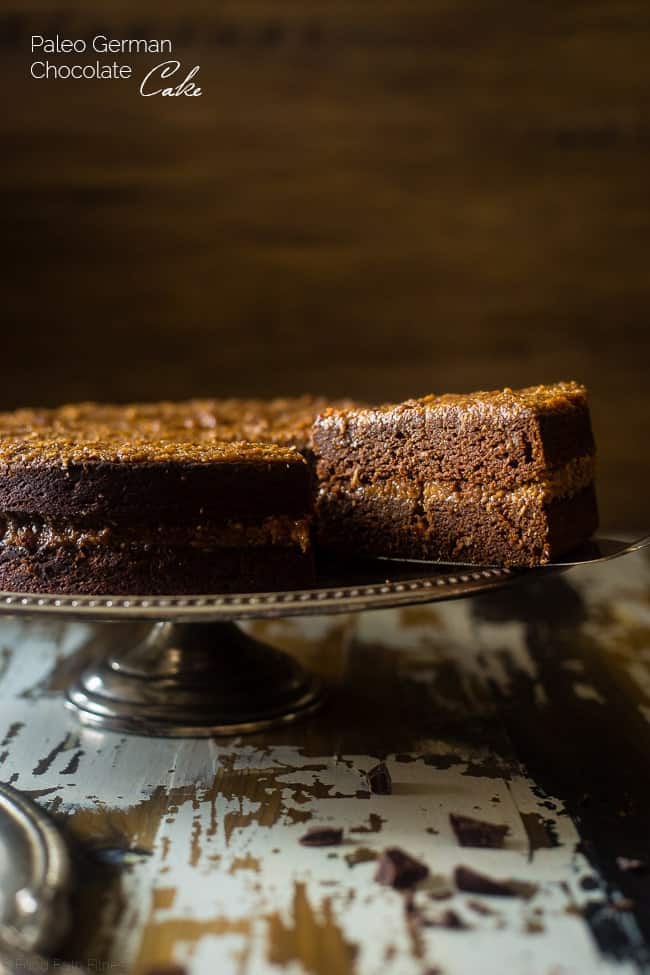 The German girl who had NEVER had German chocolate cake.

*Raises hand in the air* YEP, that was ME.

There are things that I am about to say to you that I might regret. Because they might cause you to re-evaluate all of your beliefs about me, and wonder if you can trust recipes that are created by someone with such questionable taste-buds.

THERE. OHMYGOSH. I said it. 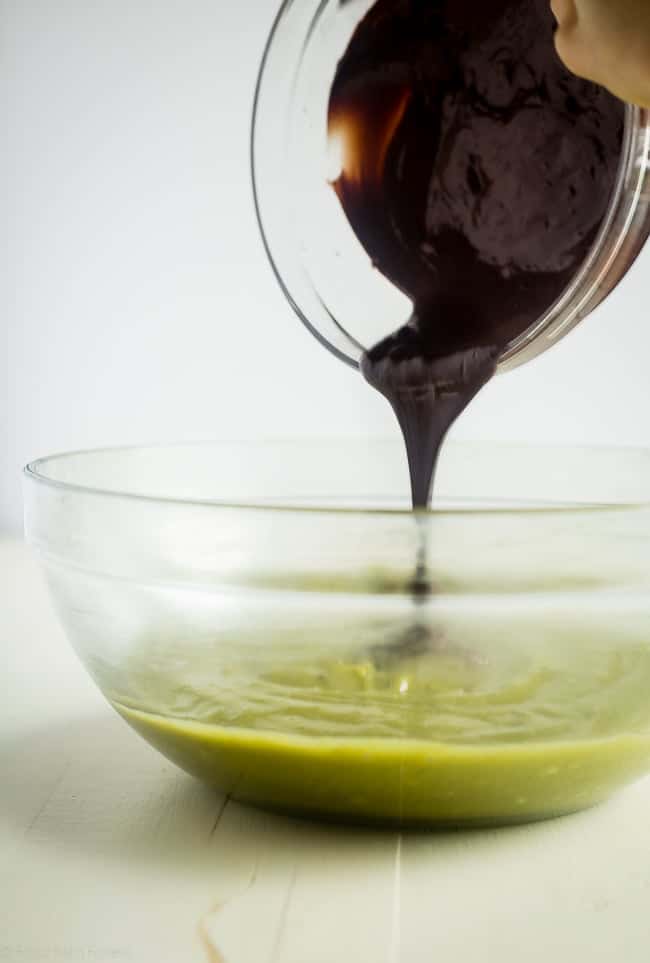 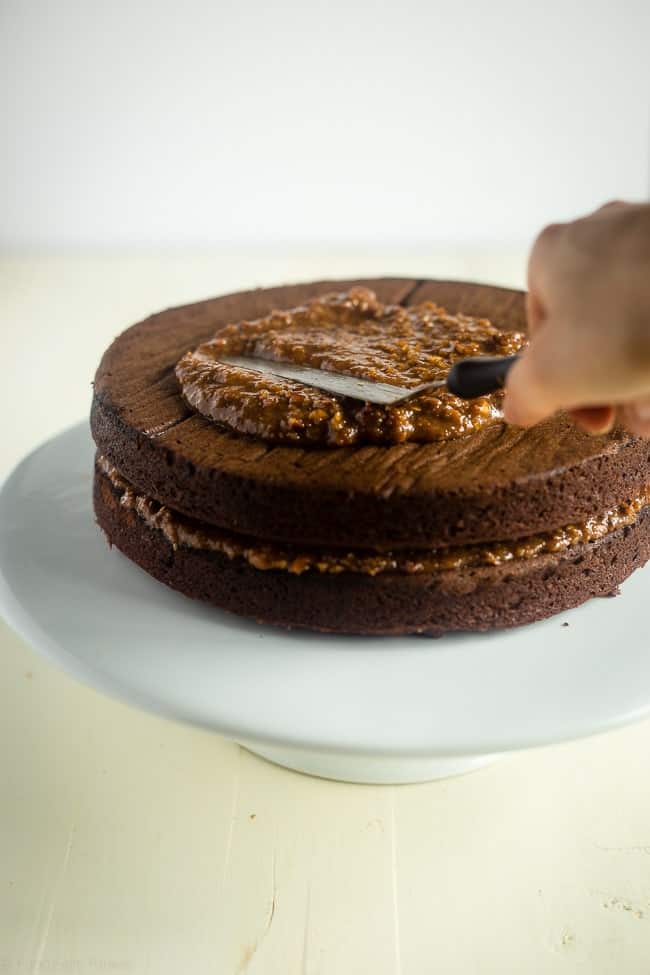 It feels good to get that big secret off my chest. I had this feeling that there was SOMETHING getting in-between us becoming the ultimate of ultimate internet besties, and THAT WAS IT. Don’t totally freak out though. As you might have guessed with the funfetti baked oatmeal cupcakes and funfetti breakfast quinoa, well, I <3 <3 <3 funfetti cake. Like, so much.

If you’re keep score, I’m at negative points right now because of the whole “German girl who hadn’t had German chocolate cake” AND the “chocolate cake doesn’t go into my face” shenanigans. 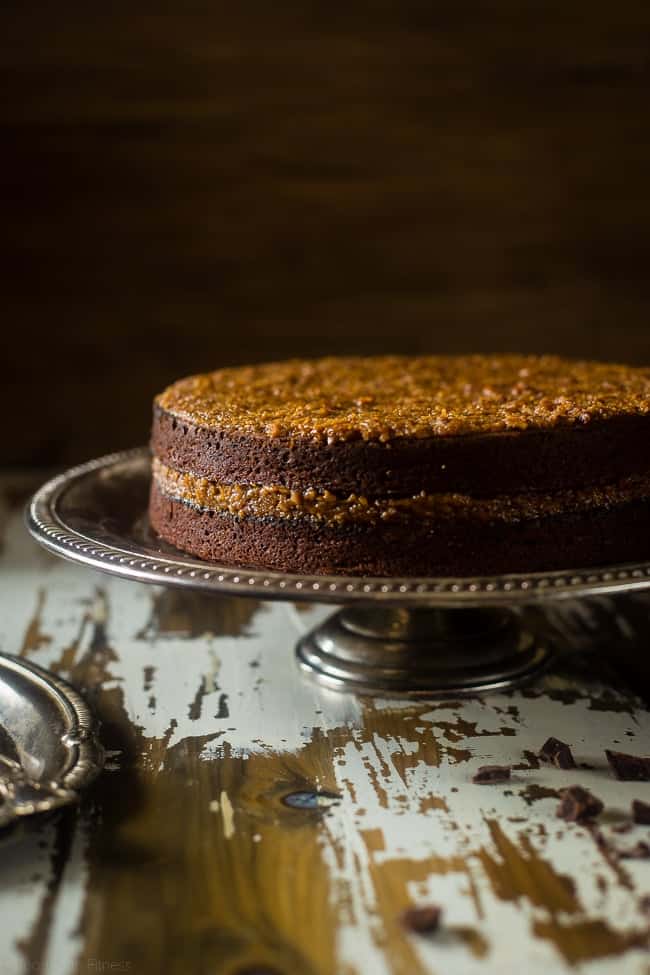 Then – BLIP BLIP BLIP – (that’s the sound of the interwebz doing its thang) an email popped into my inbox!

It was requesting a healthy re-make of German Chocolate Cake for a “reader recipe re-do.” Remember the paleo lemon bars and cauliflower rice philly cheese steak? I want YOU to email me all your most favorite, UNHEALTHY EATS, and I will TRY (no guarantees peeps. Kitchen wizardry only goes so far) to make them oozing with health and nutrition. And deliciousness. OBVI, that is a requirement.

Looming over my head was a challenge beyond ALL challenges. A challenge gone BEAST MODE, if you will. I had to re-make something that: 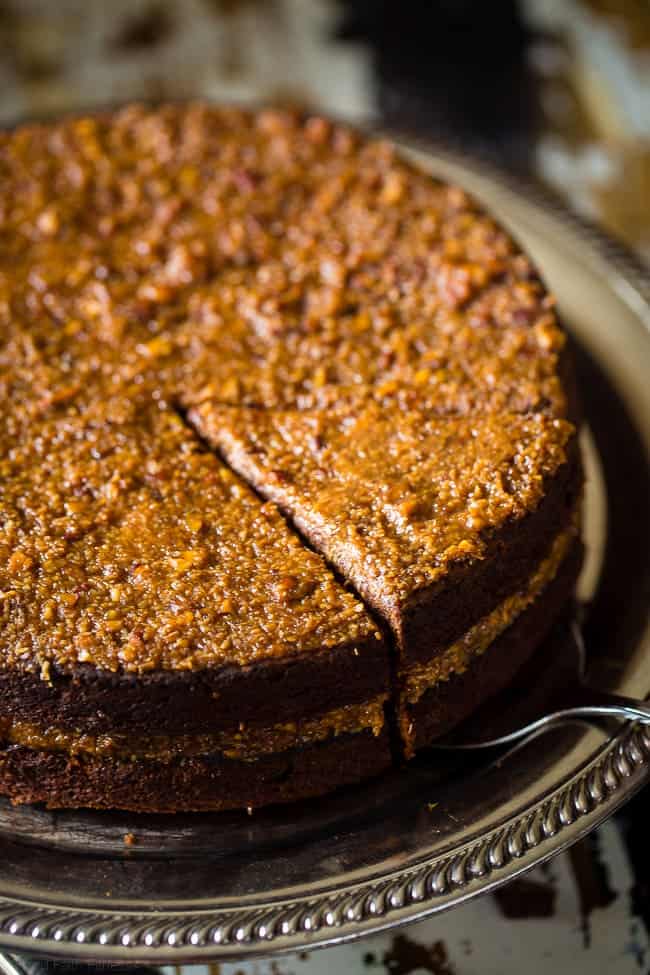 DAIRY FREE CHOCOLATE CAKE CHAMPION GOALS. I had them. Cake conquer-age was in my future. I could feel it. The air was THICK with it.

I had to ask around Mr. Google to see exactly what was the “German” part of the chocolate cake, and why it couldn’t just be plain old chocolate cake. My conclusions came to the necessity of a thick, creamy-dreamy coconut frosting that is mixed-and-mingled with crunchy chunks of roasty-toasty, perfectly nutty pecans. No butter-creamy frosting need apply.

Scratch that. No BUTTER OR OIL even need apply guys. Because this German chocolate cake, like the paleo chocolate avocado cake with coconut flour, has got NONE OF THAT. 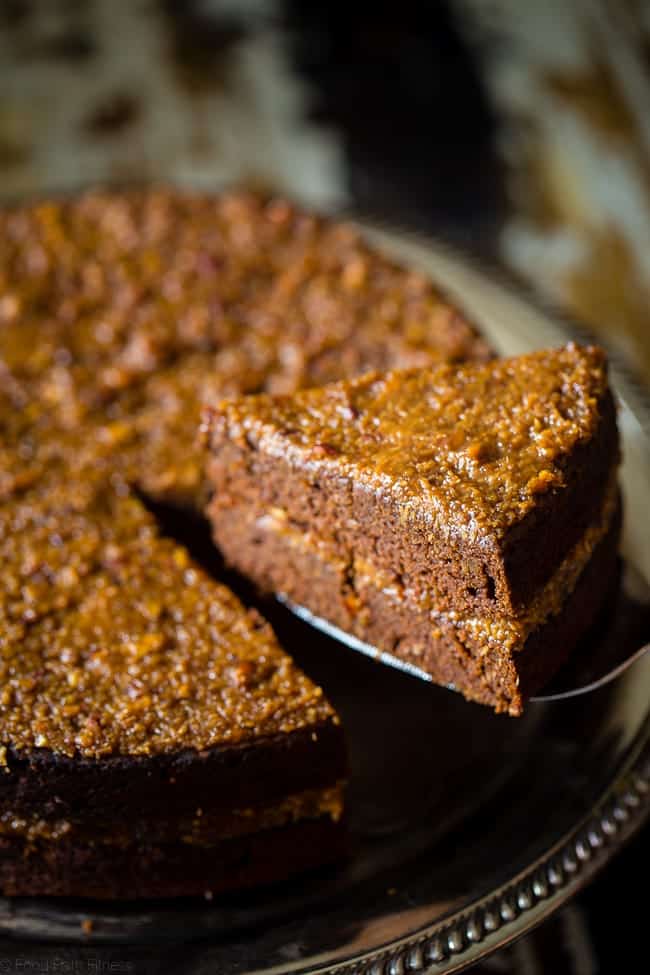 On a scale of 1 to 10, this chocolate cake is about a HOLY-FLYING-MONKEYS MOIST AND TENDER CAKE ALERT.

Which is about a 13, if you’re logical person brain needs a real number.

Like, I took a bite and braced my taste buds for the rejection dance that they were about to do….and it DID NOT HAPPEN. It was only the magical happy dance of a recipe WIN. 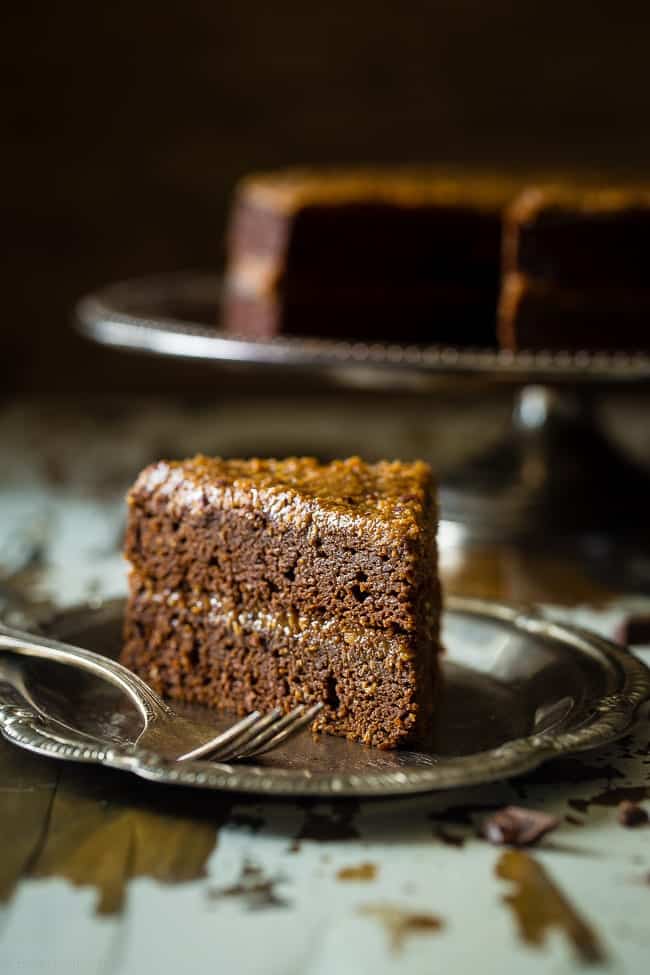 E-S-P-E-C-I-A-L-L-Y when that rich coconut-creamy frosting with its crunchy bursts of pecans was slathered allll over the top and between each layer. Would it be wrong to tell you to make a double batch of the frosting and reserve the leftovers for a spoon+you date in the VERY near future?

But, if you’re not feeling the frosting, and want MOOOOORE chocolate, you could also try using this paleo chocolate frosting from Texanerin!

Now, just in case you’re still wondering about the believe-ability of a recipe re-creation from yours truly, who had never eaten such a cake in her life, I sent this cake up to Canada for my german Grandma and my aunt/baker EXTRAORDIANRE to make SURE that it had that REAL DEAL taste.

That cake-testers that be told me to tell you that gluten free German chocolate greatness can be yours.

REACH OUT AND GRAB IT.

Honestly: just face-plant right into it. 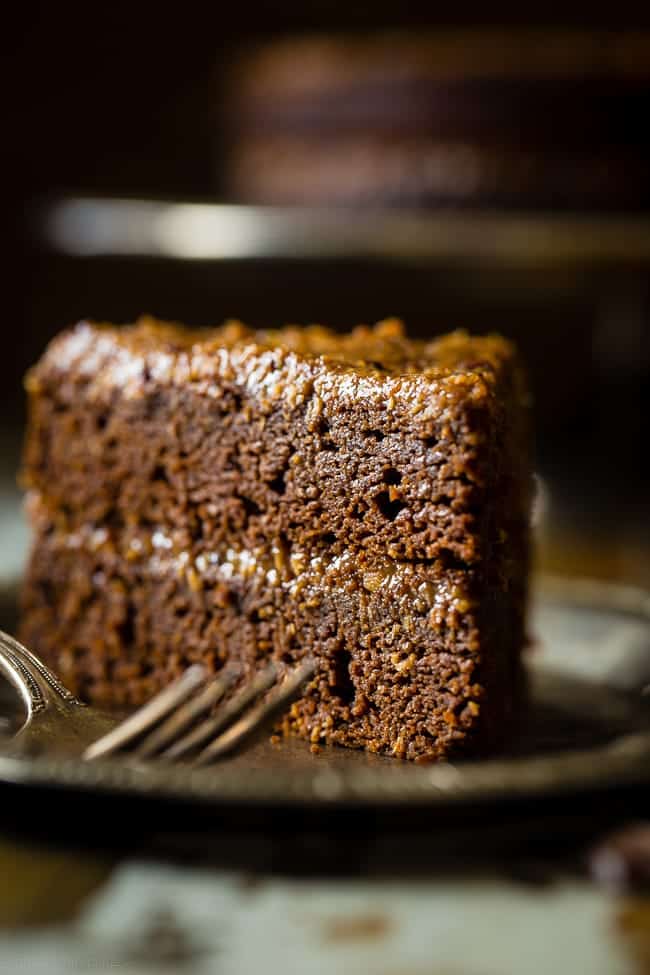 You can eat it faster that way.
For step-by-step instruction of this recipe, watch my video tutorial below:
SUBSCRIBE TO MY YOUTUBE CHANNEL AND NEVER MISS A RECIPE! New recipes posted each week! 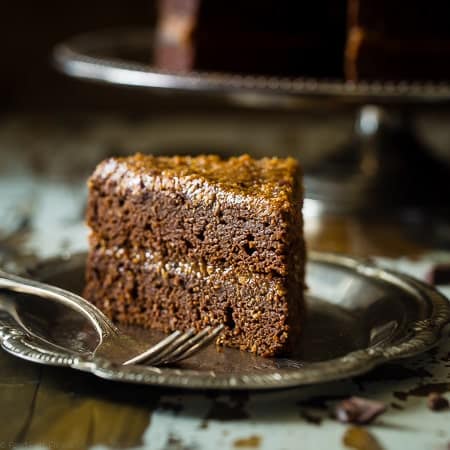 To make the frosting:

*as per always, PLEASE weigh your coconut flour. I've used many brands, and some are heavier which means you may need less than 3/4 cup to create the same weight. **I bought canned coconut cream and used that. You could also let a can of full-fat coconut milk sit in your refrigerator overnight. in the morning,flip it upside down, pour out the liquid that sits on top, and the remaining cream is what you use! ***You don't HAVE to do the food processor step, but then you have to make sure you REALLY mash those avocados. The food processor takes an extra 5 mins and ensures a really great texture in your cake! 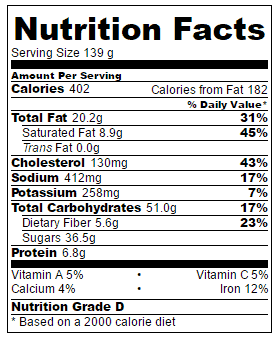 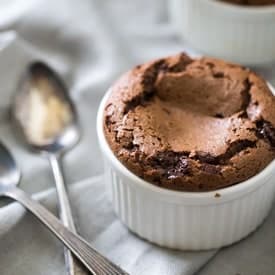 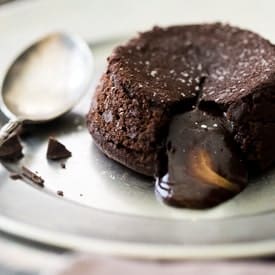 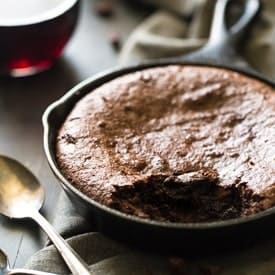 Paleo chocolate cake from around the web: 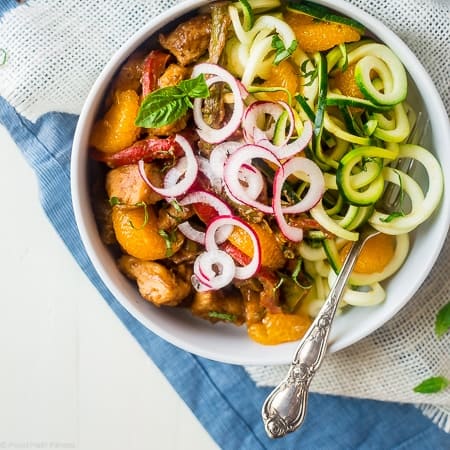 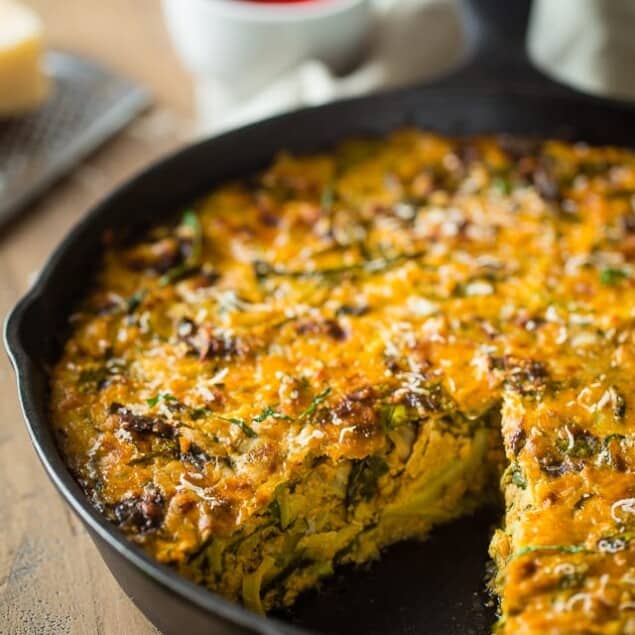