END_OF_DOCUMENT_TOKEN_TO_BE_REPLACED

Gluten free apple crisp topping is made in the microwave and served on Greek yogurt and spiralized apple noodles for an easy, healthy dessert for breakfast! 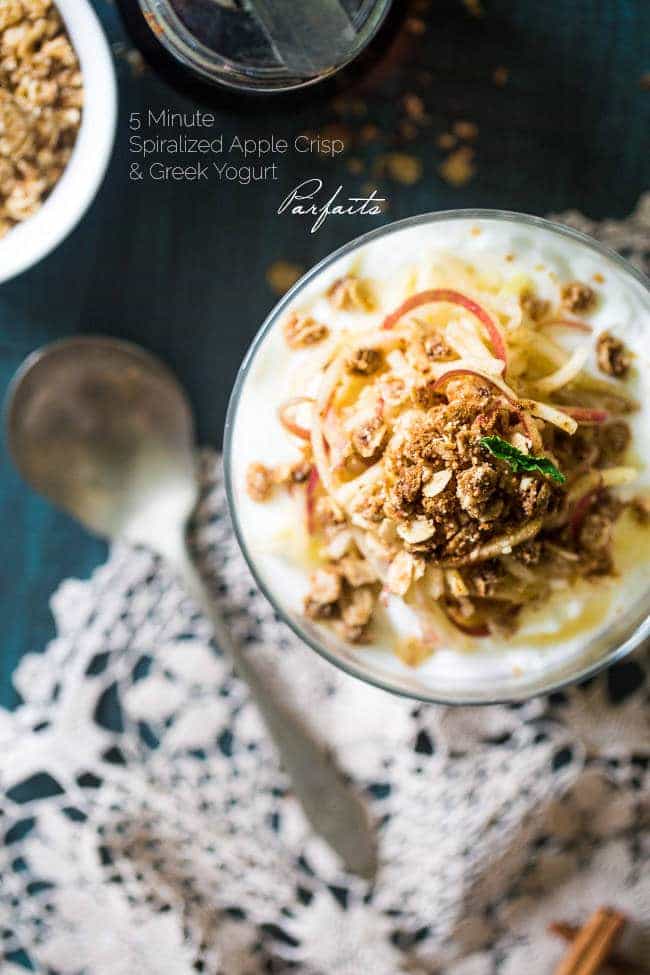 I’ve been watching you.

I know what you DESIRE.

I know what you have been going all googly-taste-buds-over.

… Too much creepy? Especially on a Friday? Will you be having the heebie jeebies ALL WEEKEND LONG?

My work here is done. 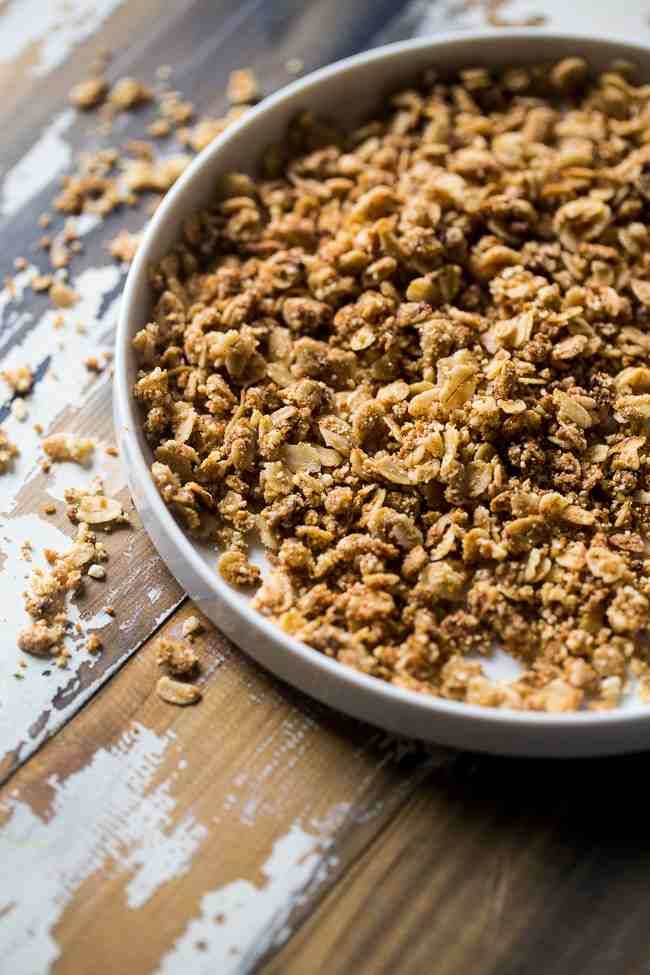 I’m KIDDING. I don’t aim to creep you out. It just sort of comes naturally.

I should probably see someone about that.

But, let’s ignore that fact and talk about the fact that I am WATCHING YOU. But, don’t worry, it’s from a really safe distance.

Like across the country, depending on where you live. I don’t think you need to worry about me invading your space anytime soon. But, your facial hole on the other hand? 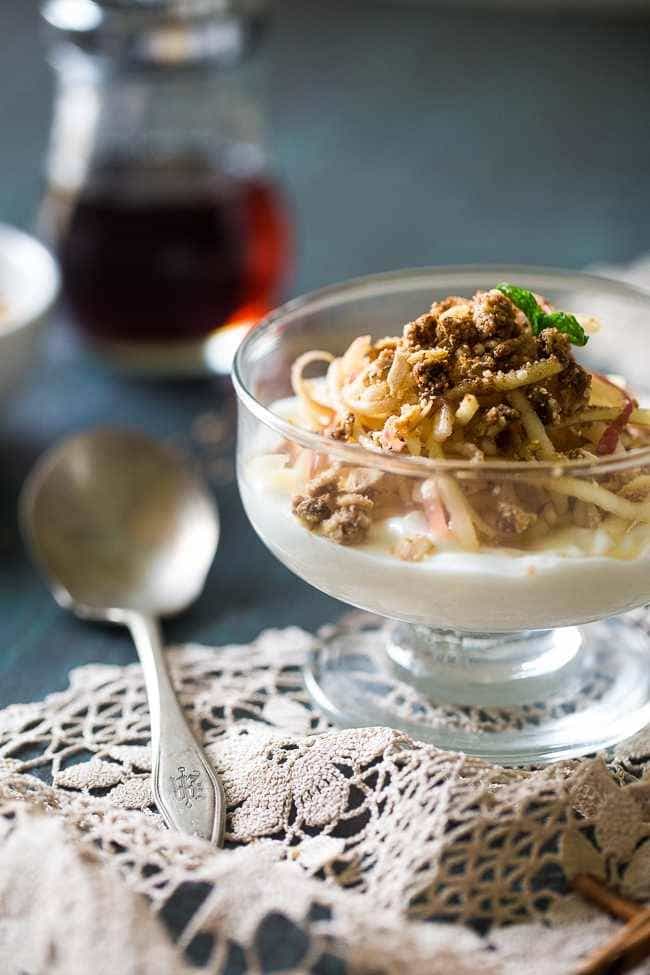 Back to me peering at you from afar so that I can figure out the inner workings for your face and what it wants to eat for every.single.meal of life.

Do you remember when we ate Apple Crisp Whole Wheat Pancakes awhile back? Then, a couple weeks ago, wee ate MICROWAVE protein pancakes followed by pork chops with APPLE NOODLES and how you guys went BANANAS over all of them? Sidenote: There is no banana in either recipe. Just to be clear.

Well, I deduced that you like 1. Easy recipes (hello microwave-1-minute-to-putting-food-in-your-MOUF) and 2. APPLE NOODLES. I really didn’t think they were going to SHATTER THE INTERNET LAND like they did…but, well, they did. 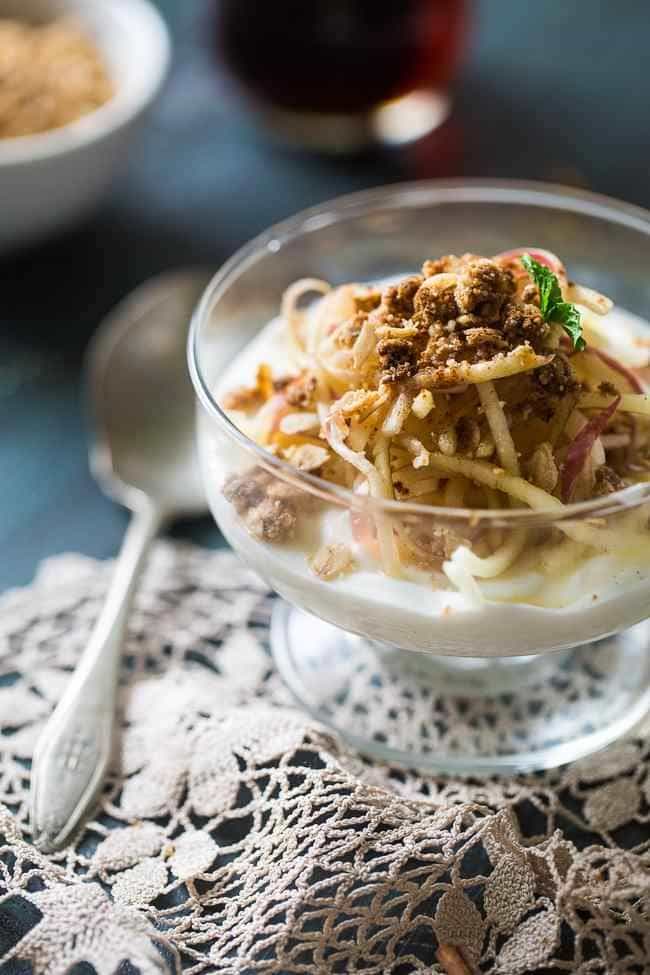 Shatter the internetz may be a slight (read: a lot) of an exaggeration, but ya’ll thought they were the SHIN DIGGITY.

So, they are making an appearance again. With a 1 minute,  gluten free, crispylicious topping that you mix all up, stick on a plate, and cook right in the MICROWAVE. Which COULD end there but, you know..

OH HELLO CREAMY, LIGHTLY VANILLA’D (Can I do that without having Mr. Webster yell at me?) GREEK YOGURT that justsohappens to make this “apple crisp” be breakfast appropriate. 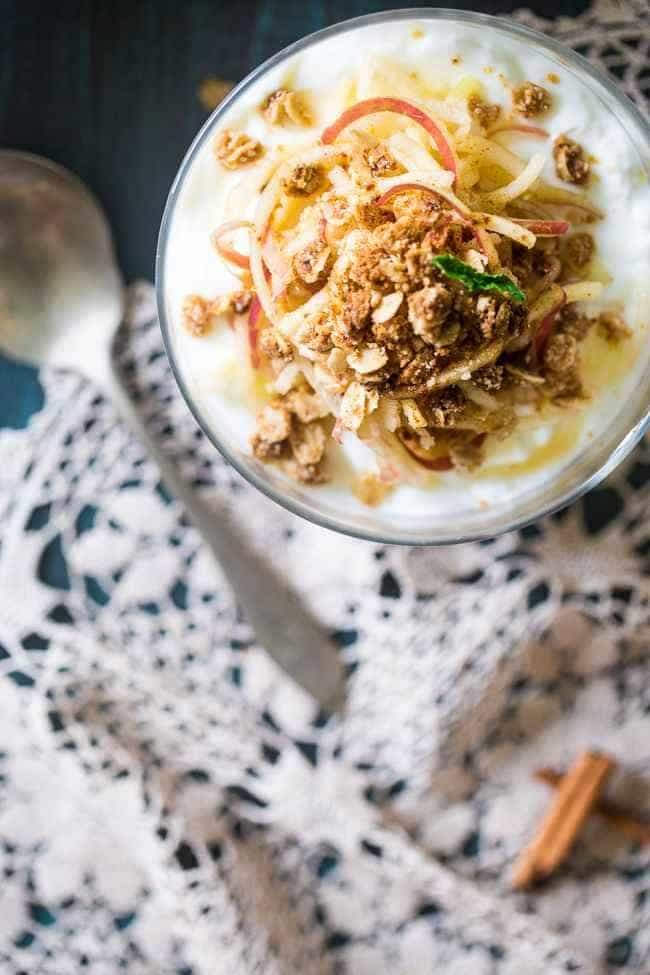 And, with THIIIIIS much protein going on in one tiny bowl of fresh-crisp-cruNCH-CREAMY-ALL-THE-TEXTURE I can PRACTICALLY see your muscles growing right through DA SCREEN.

Besides the fact that it’s going to turn you into The Hulk (minus the green-tinge) the best part about this gluten-free-coconuty-sugared-oaty-yums is the fact that it’s actually BETTER if you make it ahead. Just mix it up >> Microwave >> Let refrigerate OVERNIGHT so that it achieves the OPTIMAL level of crunchies that a good apple-crisp-inspired topping NEEDS to have. 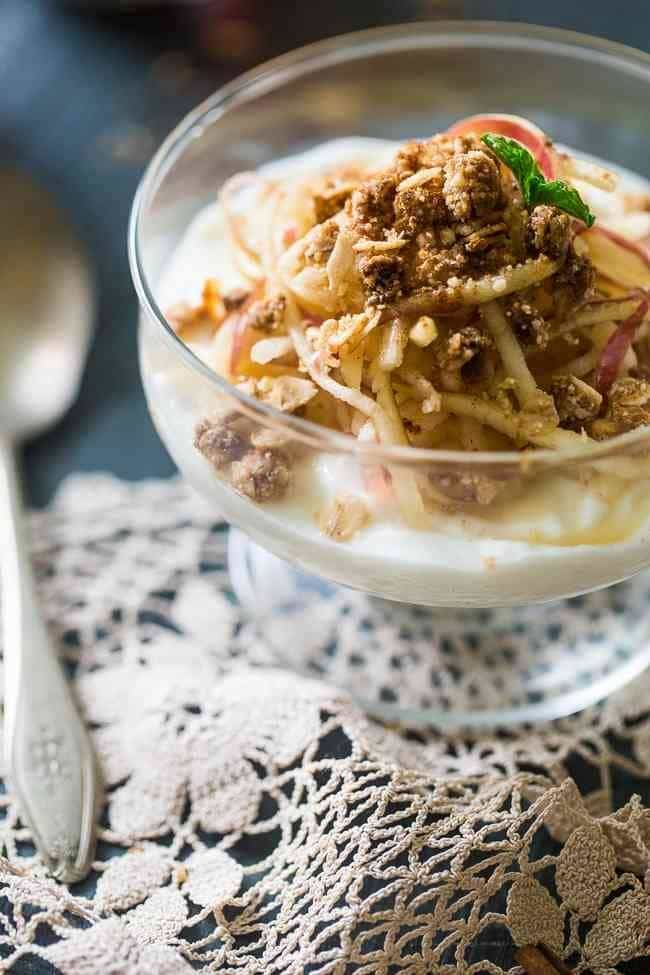 If you’re one of those peeps who likes to prep the night before and sleep in ASMUCHASPOSSIBLE the next morning, this is music to your pillow-loving-ears.

In the manana, just roll out of bed (or fall if you lack that thing called GRACE, like yours truly) scoop some yogs (what lazy people call yogurt) into a bowl, take 2 minutes to run that apple through da spiralizer and COVER with your ALREADY MADE sweet-n-crunchy-toppin’

Don’t tell me I don’t know what you want. 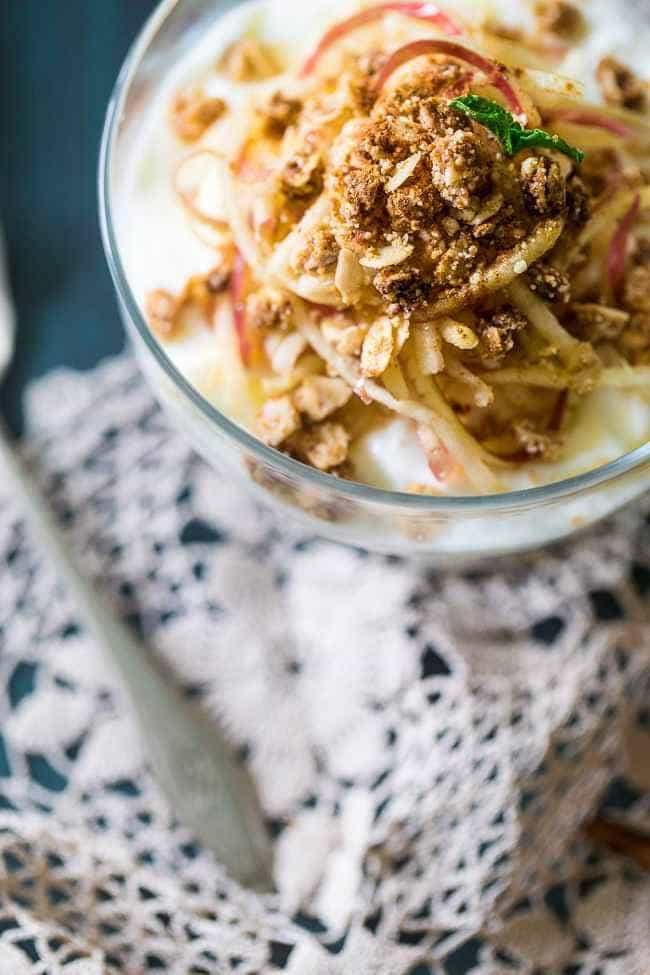 I’m sharing the Gluten Free Apple Crisp Recipe on Whole Yum Today, so head there to check it out!

IF YOU MAKE THIS RECIPE, PLEASE REMEMBER TO TAG @FOODFAITHFIT AND #FOODFAITHFITNESS ON INSTRAGRAM! I LOVE SEEING YOUR RECIPE RECREATIONS! 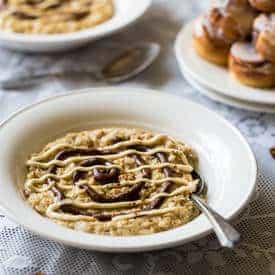 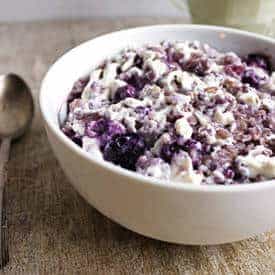 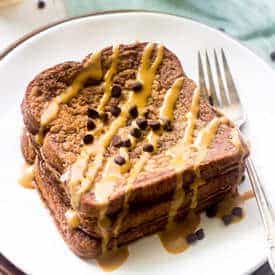 Healthy Breakfast Bowls from around the web: 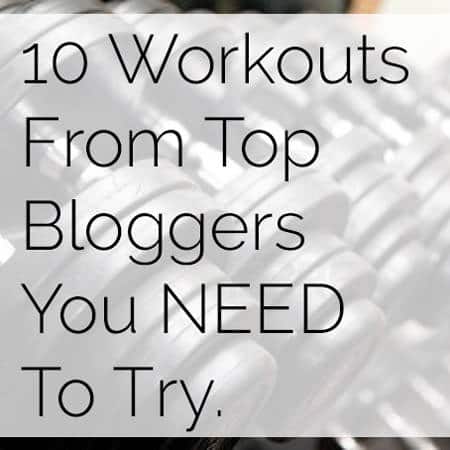 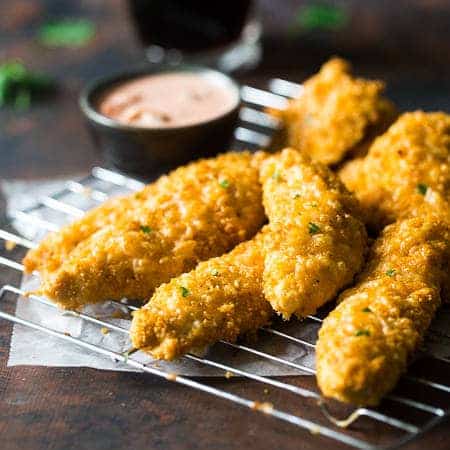