END_OF_DOCUMENT_TOKEN_TO_BE_REPLACED

This creamy, coconut milk ice cream tastes like frosty version of drinking a rum and eggnog…without the dairy or eggs! It’s a healthy treat for the holidays! 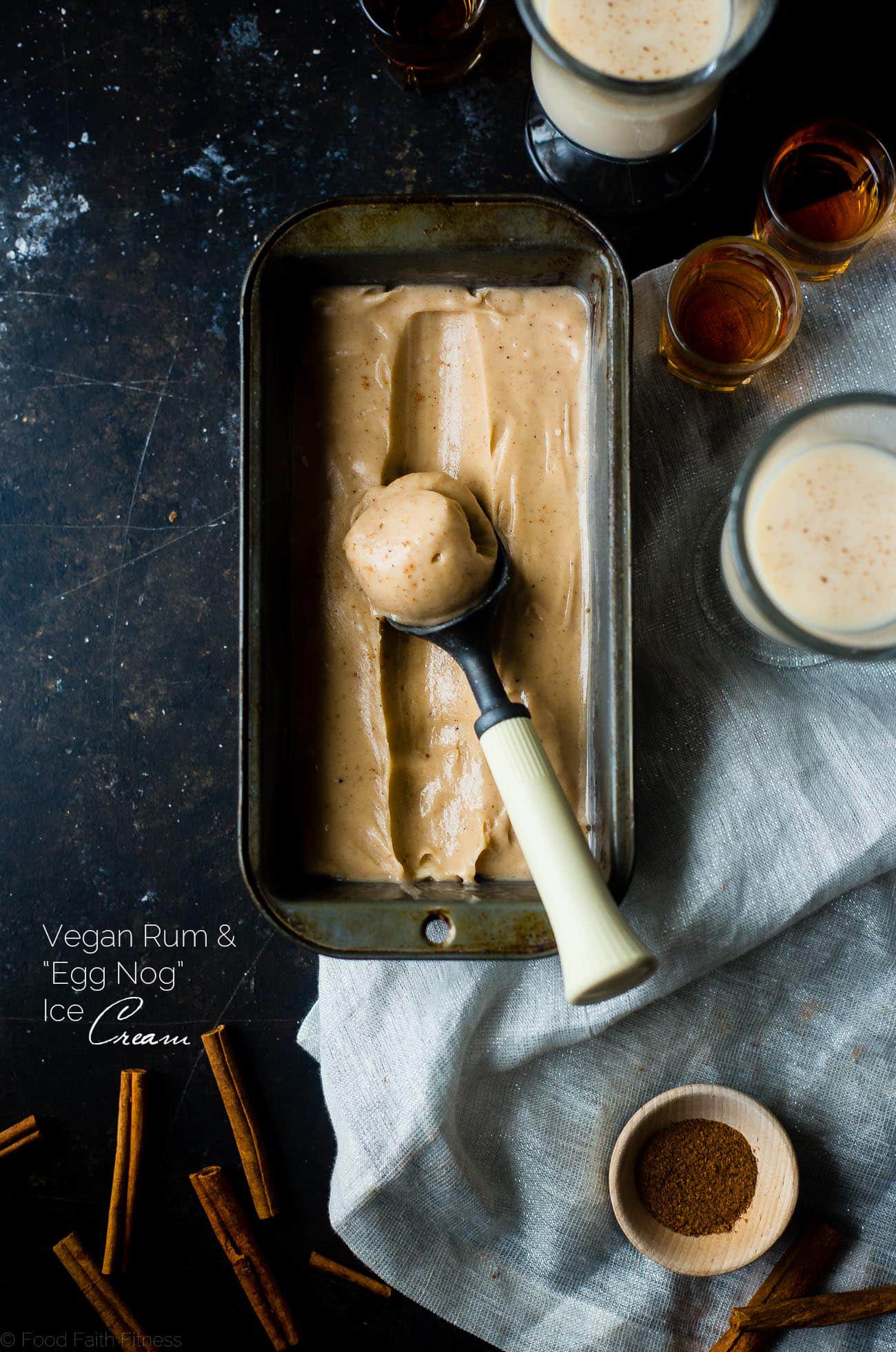 I have the worst timing for things.

I give you ice-cream…..when 3/4 of the United States of America is having some sort of cold front.

How-ev-er, let me tell you why I give you ice cream. You know why? Because I have been making it every single day. Sometimes even for dinner. Somtimes it’s a homemade frozen yogurt recipe, sometimes it’s a Cookie Dough Banana Ice Cream Recipe…sometimes it’s THIS.

An-y-way. I got the Kitchen aid ice-cream attachment as an early Christmas gift. Read: my parents shipped it to my house and I totally forgot they told me not to open any parcels until Christmas morning. 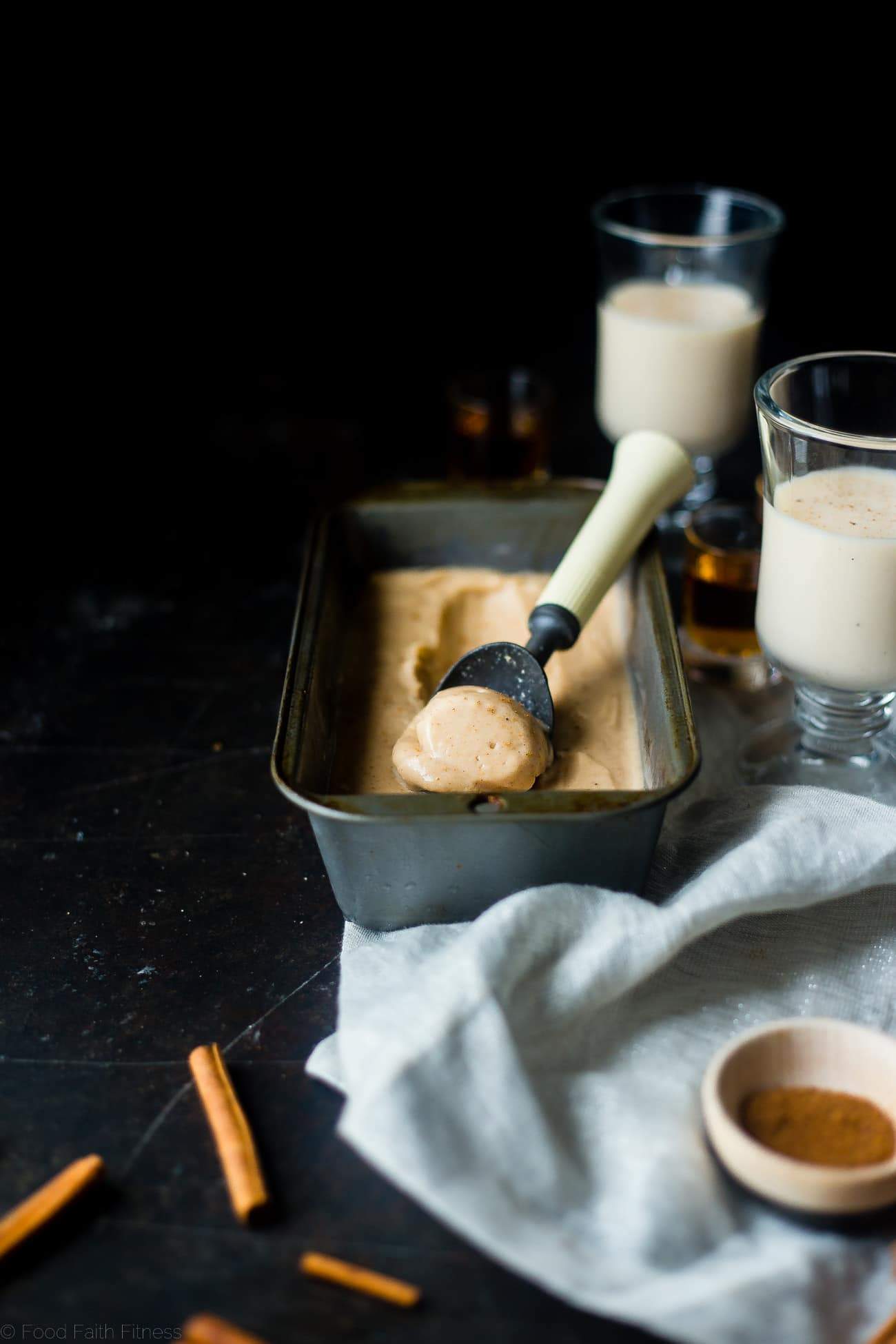 And by “forgot” you know I mean: I totally remembered, I just lack any patience and needed to open said Christmas gifts RIGHT NOWWWWW.

But,  let’s ignore my lack of listening-to-parental-units skills and talk about this ice cream. I can’t even call it ice cream ’cause there ain’t no cream in sight here. This is made purely from unsweetened almond milk and coconut egg nog. Guys, this stuff is goooood. I first discovered it in the eggnog snickerdoodle baked French toast casserole we ate. I  am not even usually a huge egg nog fan, unless it’s eggnog egg custard, but Mr. FFF is. When I told him I was making egg nog ice cream, you should have seen his face. I’ll give you a hint, it resembled a slightly more human version of this: :D.

Then, I told him that it was vegan.

Let’s just say there was A LOT of protest and thoughts that is was going to be the worst food ever to exist on planet earth. Think of the worst thing you can think of and then times it by 4 zillion. Now you know what Mr. FFF thought of my healthy ice cream recipe idea. 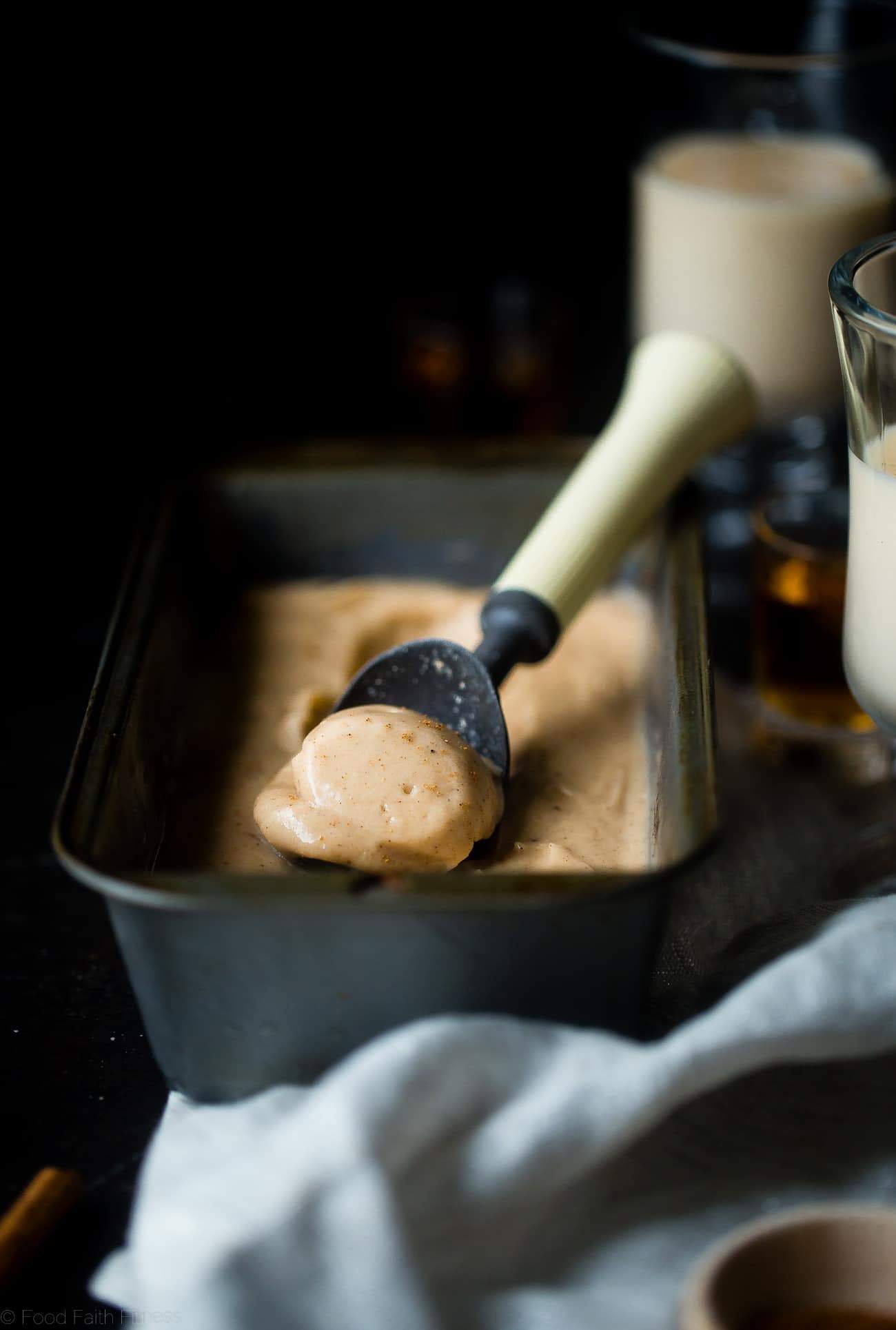 I don’t know why he questions me. He questioned me on the paleo breakfast cookies with kale and when we added dates to Moroccan Roasted Acorn Squash Soup…..then he OBSESSED over both recipes.

Anyways, into the freezer it went. Out came super smooth, creamy (without the cream) and flavour-through-the-ceiling, ice cream. Seriously guys, I kinda had low hopes for this. Because 1) my first ice cream ever 2)No cream. You know what, It even changed the tune of the hubs. He tasted and said “wait, I don’t think I got enough of a taste, let me just try again.” and by “try again” he meant eat half the tub in a sitting.

I’ll let you in on a secret: Aside from being always a good idea, adding booze to homemade ice cream makes it super duper extra creamy dreamy smooth. I also used agave because 1)its natural, yay, and 2) liquid sugars tend to not crystalize as fast as their solid counter-parts, which also lends to extra smooth ice cream.

Basically, this coconut nog is your new favorite Christmas drink. That you can eat. You’re mind is boggled. 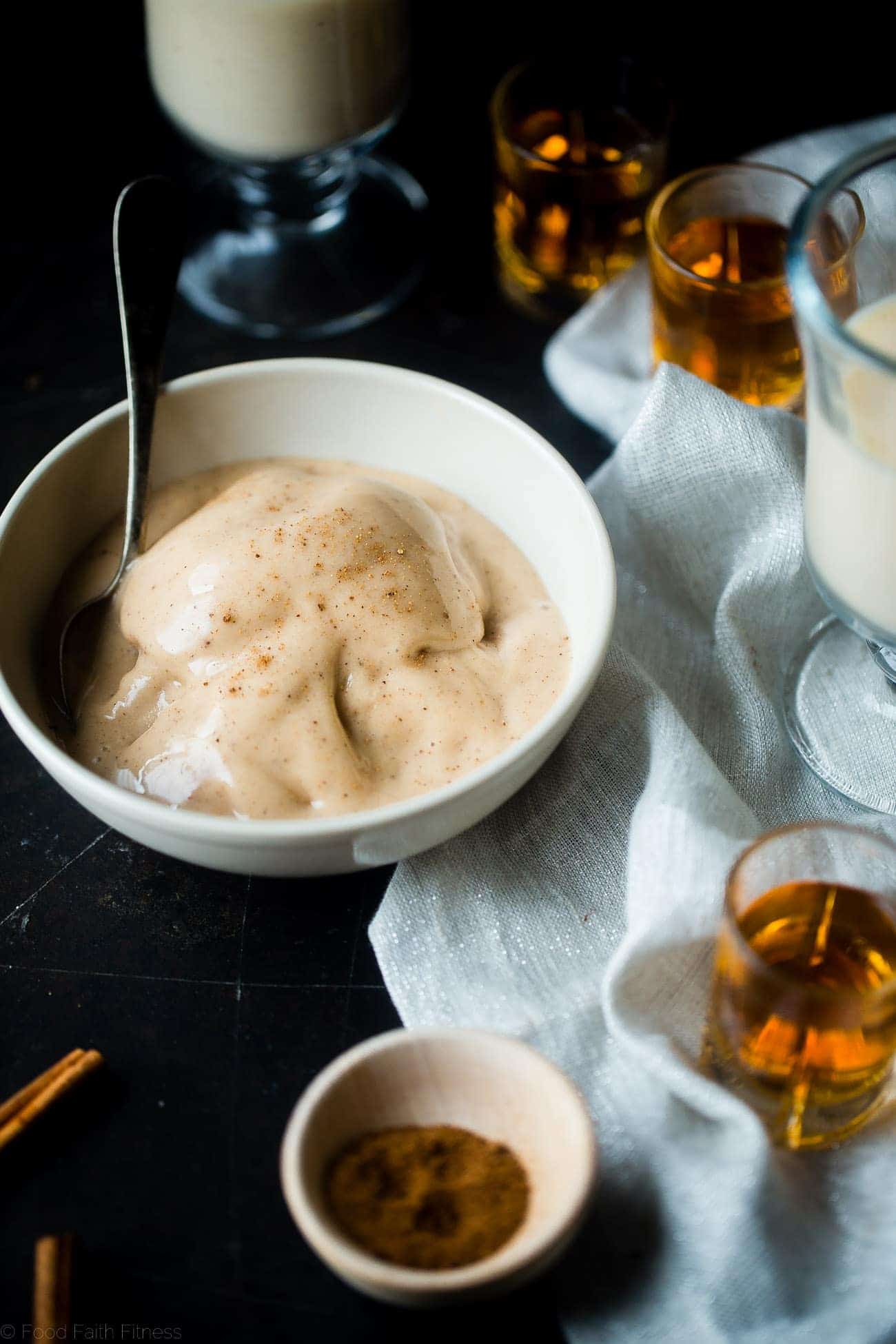 It’s cold out and the last thing you want is something else that is cold. I know. But I am leaving you with 2 final thoughts:

1.) Booze and ice-cream. Together. 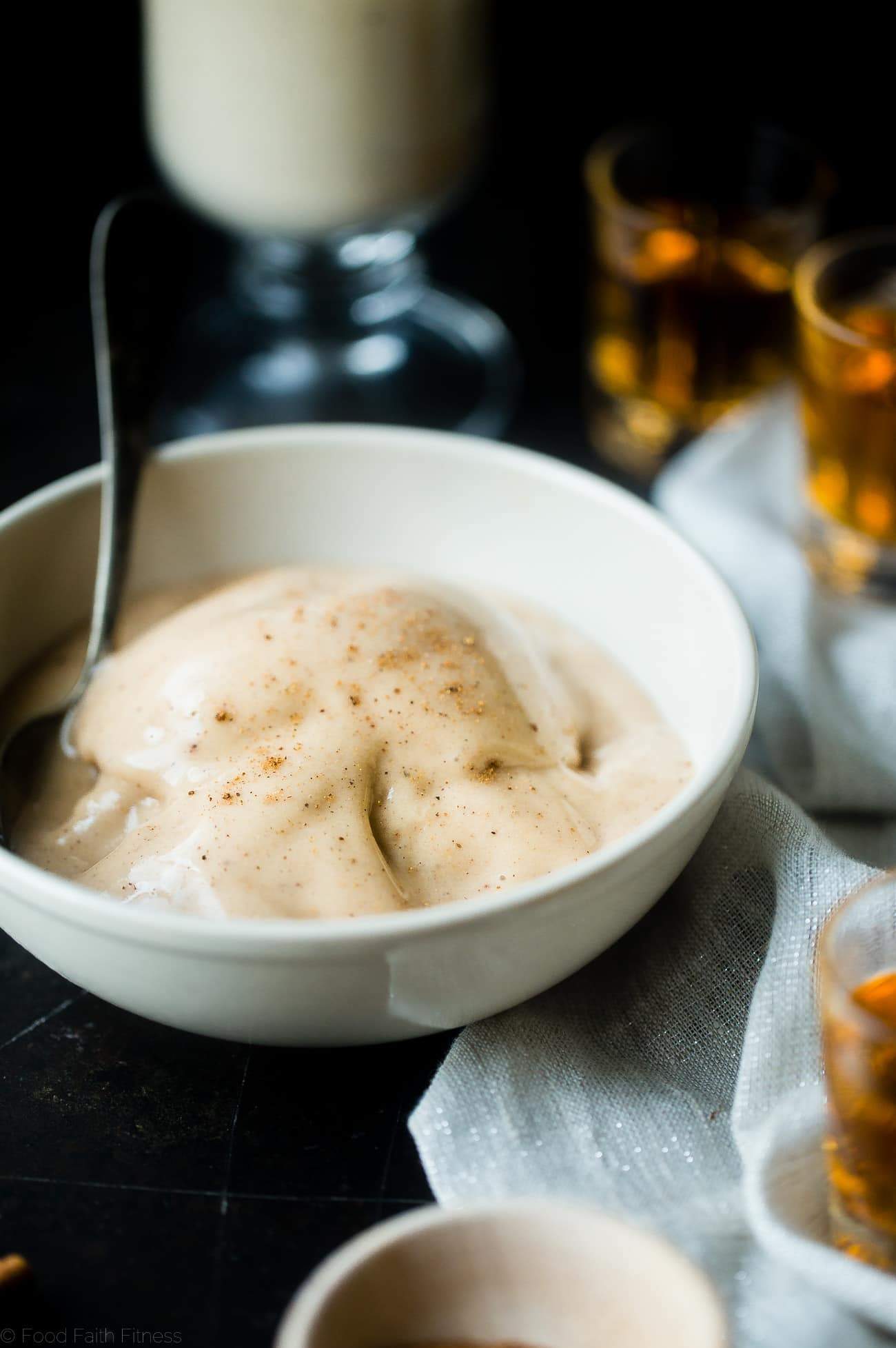 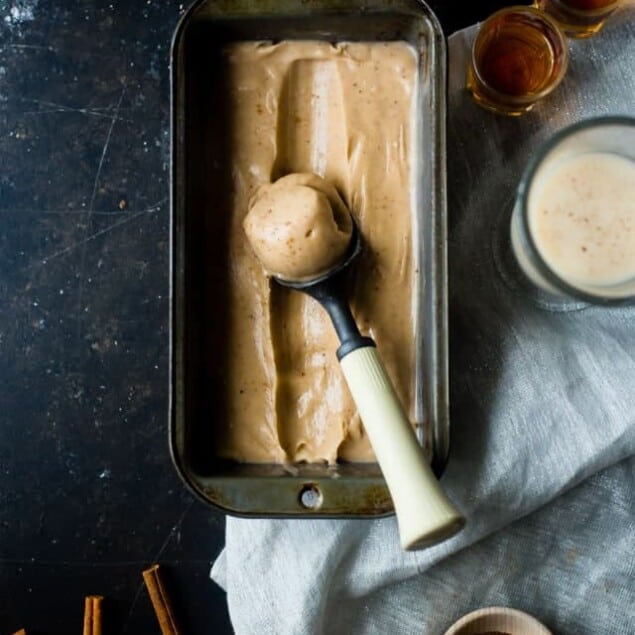 Homemade ice cream becomes harder much quicker than store bought, so it is best to eat it when it is fresh!

Author: Tate
Course:Dessert
Cuisine:American
Share your creationsTag @foodfaithfit and hashtag it #foodfaithfitness so I can see what you made!
Rate It 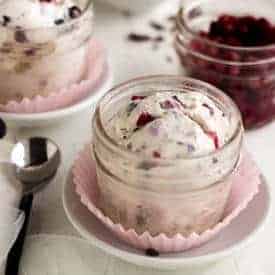 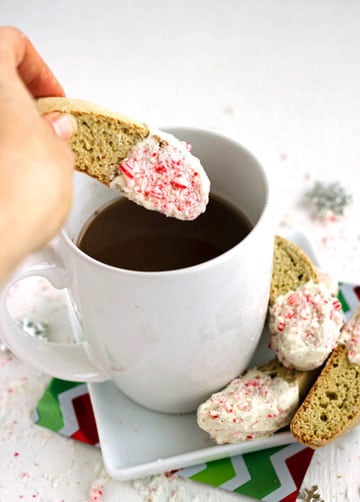 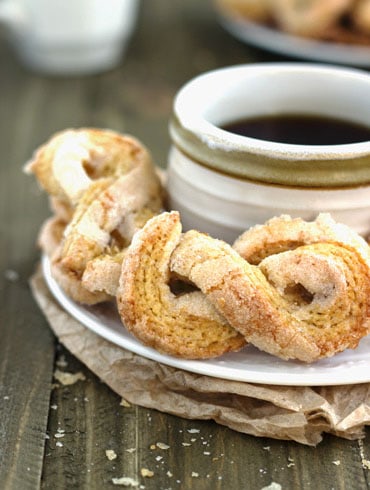