END_OF_DOCUMENT_TOKEN_TO_BE_REPLACED

END_OF_DOCUMENT_TOKEN_TO_BE_REPLACED
Home All Recipes Cobbler Recipe With Plums and Rhubarb
By Taylor KiserAug 23, 2013Jump to Recipe

A healthy spin on the classic cobbler recipe with plums and rhubarb, that is even gluten free! Quick and easy, delicious and healthy! 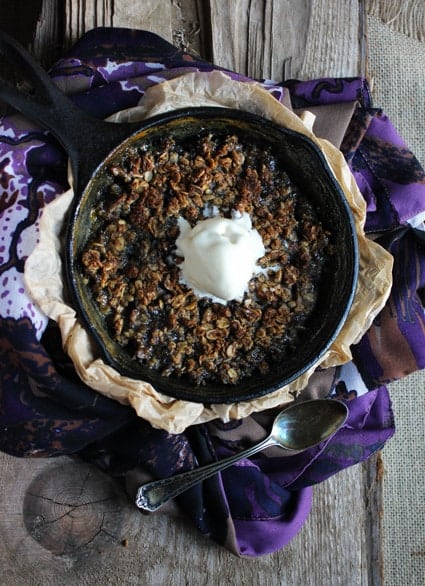 I’m totally a rhubarb person now guys. I know that implies that I wasn’t before, which is correct. I don’t like sour stuff, only things that are sweet or salty.

Side note: How is that most people prefer either sweet OR salty? I am obsessed with both equally. It really is a good thing I have some willpower and concern about healthiness, or I would be about 5 zillion pounds.

Anyways, back to rhubarb.

So, yes, I don’t like sour things. Rhubarb is sour. So, lets just say we weren’t running through fields of daisies together, singing and being the best of friends.

Then, I married my other half who has a really weird obsession with these little fruity, sour sticks. I’m serious, ever since I started blogging, every time I ask him what he thinks of a recipe idea he goes “how about _______ (insert recipe idea there) with rhubarb?!” For example, the other day I asked “Oh! How about a casserole with BBQ chicken and spaghetti squash?” And he responded “Could be good, but how about RHUBARB BBQ chicken squash casserole?”

He has many wonderful talents, but now you see why I the recipe creator. He is a really good taster.

This recipe was originally only for him, as I was dead set that I would just hate it. Looking back, I don’t know how I could have thought this. How can you hate anything that is covered with sweet, crumble pieces of deliciousness and coated with honey?

I wanted to make this a healthier version of the usual crumble. Please note that I said healthiER, not healthy…this is not something that you can eat everyday for breakfast. But, if you’re gonna have dessert, this is the one to have.

You can not even tell that this a mix of buckwheat and coconut flour instead of the usual all purpose. I find that gluten free flours tend to be on the crumblier side, which can be a problem in baking. However, in cobbler, you are making crumbs so it kinda makes sense to have crumbly crumbs right? Right. So, gluten free works perfectly. I have also made this not gluten free with whole wheat pastry flour, and it was equally as delicioso!

Now lets discuss the star of the dish: Coconut oil.

This was my first time using it. I know, I’m a little late to the party but better late than never?

Seriously though, in the case of coconut oil usage, I wish I was that lame person that arrives early and then sits in their car and waits for others to arrive,  so that that no one knows how lame they are. Not that I would know anything about that.

Anyway. Why did I not start using coconut oil ages ago?!

For those of you that don’t know, coconut oil is a solid when it’s in chilled. Because of this, it works perfectly for recipes that require you to cut in some sort of chilled fat to create crumbs. So, this is what I did here. It had the exact same consistency as using butter or shortening, and an even better taste! Mr. FFF was VERY wary about using coconut with rhubarb and plum, but he was very pleasantly surprised!

And me? I may have had a vision of running through fields of daisies with a stick of rhubarb.

This is equally as delicious with whole wheat pastry flour if you aren't concerned about gluten free!

Author: Tate
Course:Dessert
Cuisine:American
Share your creationsTag @foodfaithfit and hashtag it #foodfaithfitness so I can see what you made!
Rate It 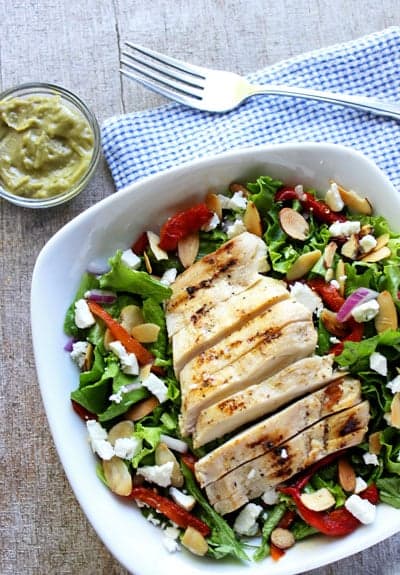 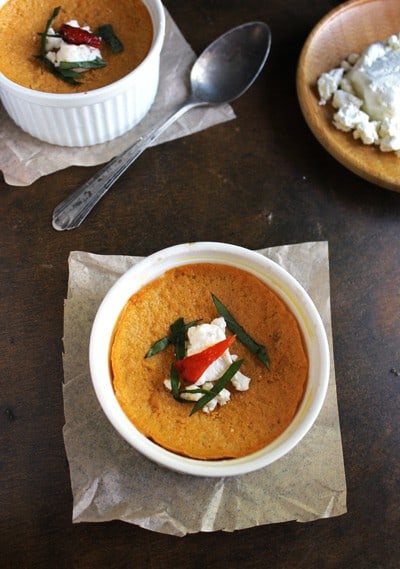