END_OF_DOCUMENT_TOKEN_TO_BE_REPLACED

This quick and easy frozen yogurt recipe is healthy and made with coconut milk, Greek yogurt and pineapple. Perfect for Summer! 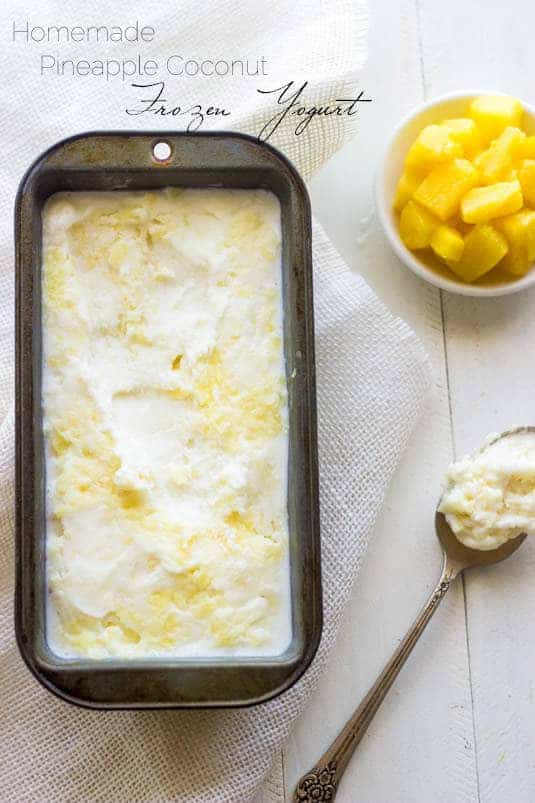 Mr. FFF has decided that he can tell the future.

We were out for dinner on the weekend, and I asked him if he was going to get a white or whole wheat hamburger bun with his Hawaiian pizza burger (he didn’t pick the right answer. Sadness.)

P.s  Yes that burger does exist in real life and, yes, it is AMAZING.

When, I asked him this question, he seemed to have a mini panic attack, and started freaking out.

I was concerned. I didn’t want people to think we were weird.

Oh, you thought I was concerned about him? I got over that after we hit our first anniversary. 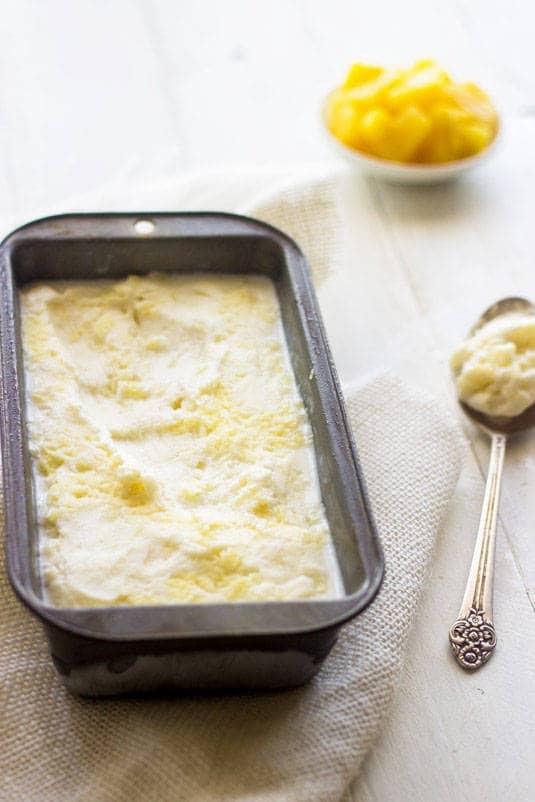 So, I asked him what was the matter? Did he have a traumatizing hamburger bun incident as a child, that I was never informed of? I did not know.

You know what his answer was?

“I just had this FEELING that you were going to ask me that. This happens so much to me, I seriously think that I can tell the future.”

OK hubberoni. You just keep telling yourself. It could not be the fact that I always ask you about making a healthier choice. Definitely NOT THAT.

At least life with that man is never boring.

Hmm, now how to segue way this frozen yogurt recipe into my story?

I could lie and tell you that we went home and ate it, but I made this a really time ago. So we didn’t. I just love telling your funny stories about Mr.FFF. That’s all.

It’s a good thing he doesn’t actually read this blog you know? Or else he would know how I tell you the deep dark secrets of the weird things he says and he probably won’t like that very much.

Isn’t that part of marriage though?

Back to Fro Yo. 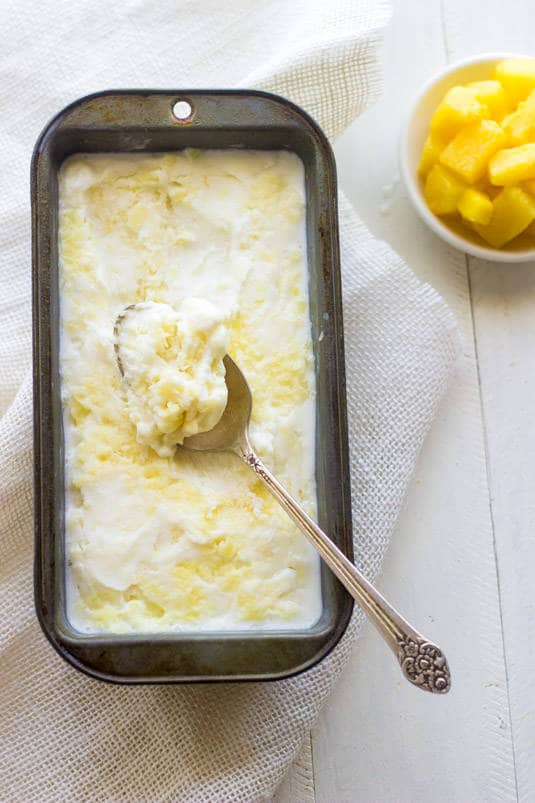 How do you guys feel about Frozen Yogurt? Do you like it better than ice cream? Less than Ice cream?

Personally, I love a good frozen yogurt recipe MUCHO more. Especially when you go to Menchies and make a fro yo sundae bigger than your head. <3

Sidenote: Have you BEEN to Menchies? It’s like Marble Slab Creamery, but better. You get to build your own soft serve fro yo sundae, and you pay by weight. They have the BEST topping too – Like Circus Animals. Ya’ll know how I feel about Circus Animals with Ice Cream. I die.

Longest side note of life right there.

Anyway. We’ve made a few healthy ice cream Recipes here on FFF, but no Fro Yo.

So, here I am presenting you with the EASIEST recipe EVER….that is also delicious and SUPA summery.

Basically, I am giving you a Pina Colada, in a healthy, creamy dessert form.

So, you know what they say: 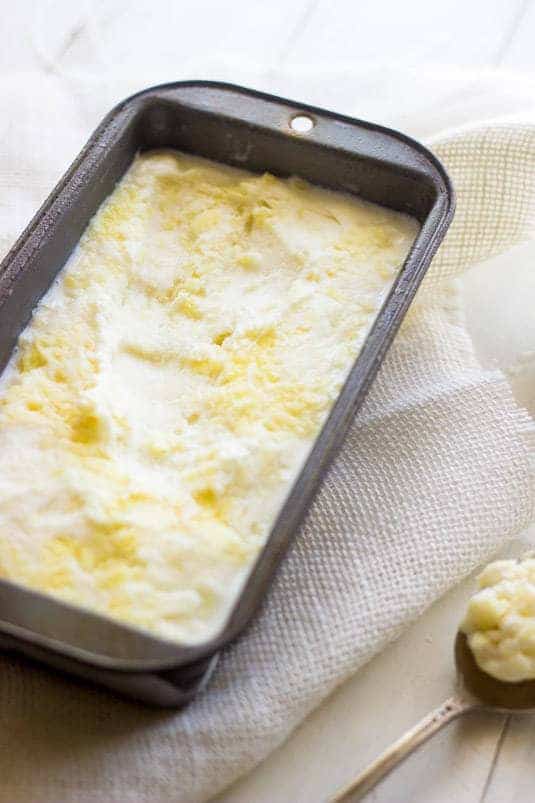 “If you like Pina Coladas, and dancing in the rain….”

Dancing in the rain is optional though.

Head on over to Whole Yum to get the Pineapple and Coconut Frozen Yogurt Recipe! 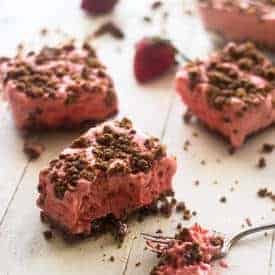 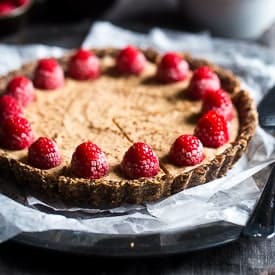 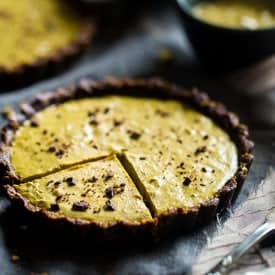 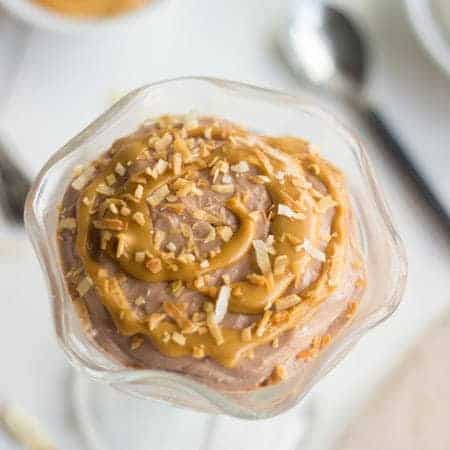 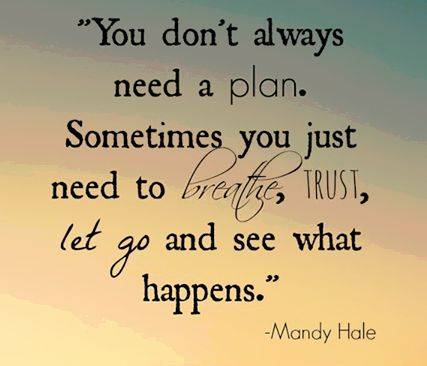