END_OF_DOCUMENT_TOKEN_TO_BE_REPLACED

These whole wheat waffles are doused in homemade eggnog cream sauce for a breakfast that is perfect for Christmas (or any!) morning! This really is the BEST waffle recipe! 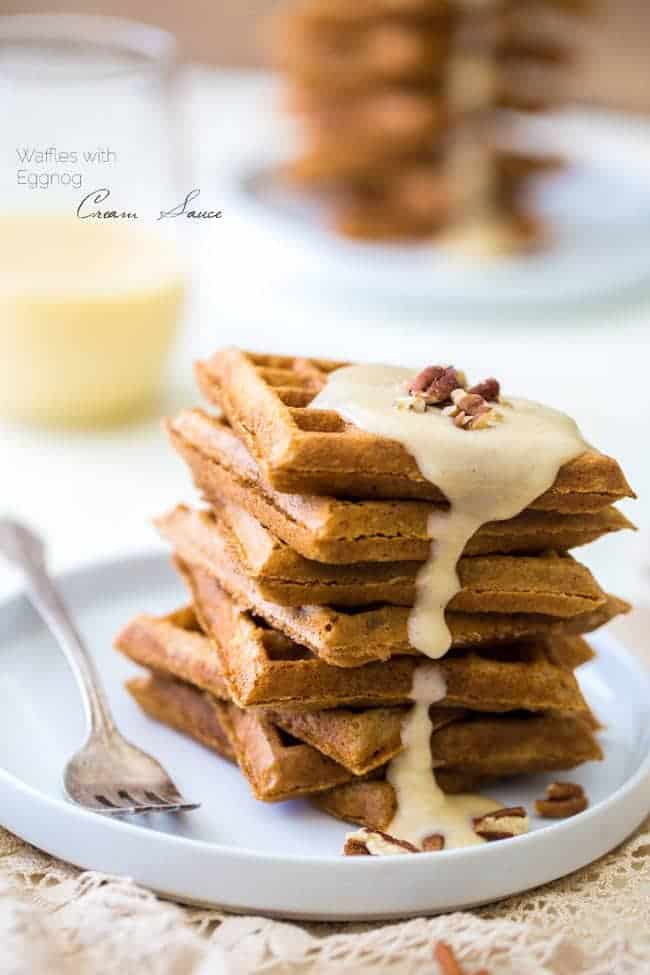 I did something really bad you guys.

I lied to you.

And not like one of those lies that you call “white lies” which somehow makes you feel better about the face that you’re still LYING.

Nope. I am a full out, lying liar face who wears pants that are ON FIRE and hangs from telephone wires.

I am also reverting back to my youth with the above sentence. But, that is neither here nor there.

Remember about eleventy billion years ago, when I made you what I called “THE BEST WAFFLE RECIPE EVER?”

They weren’t. BUT, I didn’t know that.

So, technically, white lie? Going with it. 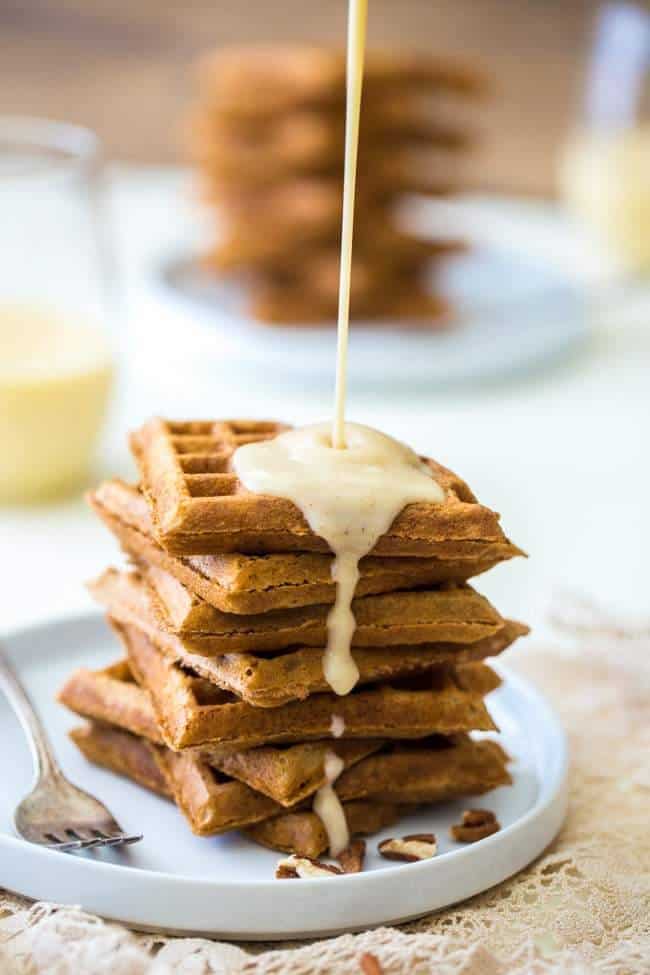 The original waffles that I punched your taste buds square in the noggin with were an old secret (except, uhhh, not anymore) recipe that I grew up eating.

And. They were my most favorite meal of all the meals. Even more than GLUTEN FREE PANCAKES.

You know my love for gluten free pancakes guys. It runs DEEP.

UNTIL. An elf landed in my kitchen and dug into his pockets and sprinkled magical happy Christmas yummy dust ALL over them.

And, if you’ve been around here for a while you would know that “magical happy Christmas yummy dust” is obviously code for something. AND, in this case, it’s eggnog.

Let’s chat about the nog of the egg variety shall we? What is your deep and dark thoughts about it? Do you love it’s creamy, sweet and spicy texture.

Or do you love it’s creamy, sweet and spicy texture?

See what I did there? It’s SO good, that you can’t not like it. Because then I would question our friendship. I mean, I would still be your friend,  there would just be THIS MUCH space in our friendship bubble instead of THISMUCH. 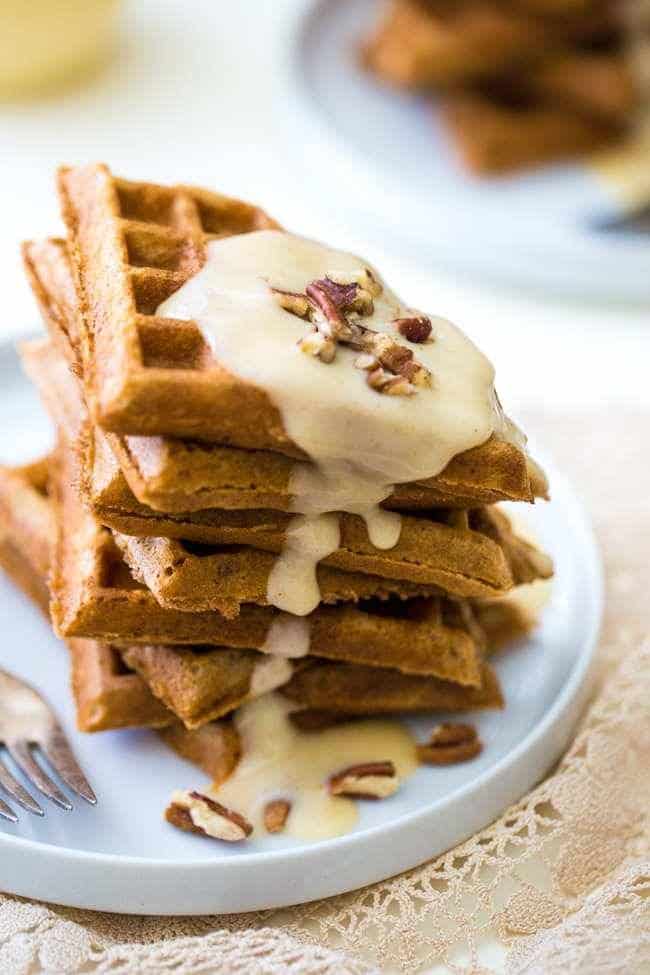 Did you know it’s also really extra super fab with rum? Not that there’s rum in these waffles.

But, you know, it IS always 5 o’clock somewhere. No one ever specified PM or AM ;). For the record.

ANYWAY. SO. I can’t confirm or deny that leftover eggnog in refrigerator happened due to the making of some vegan coconut milk ice cream. (hint: it totally did.) but I wanted to get a little festive.

And nothing brings Christmas cheer to my heart like a big stack of waffley goodness.

OR gluten free pancakes. But, we’re not talking about those for once, we discussed that. They’re taking a BACK SEAT. <— That means business.

Instead of using all milk in the cream sauce of the waffle from back yonder, we did the old SWITCH UPPITY UP and used eggnog. And then added spices like nutmeg and cinnamon. 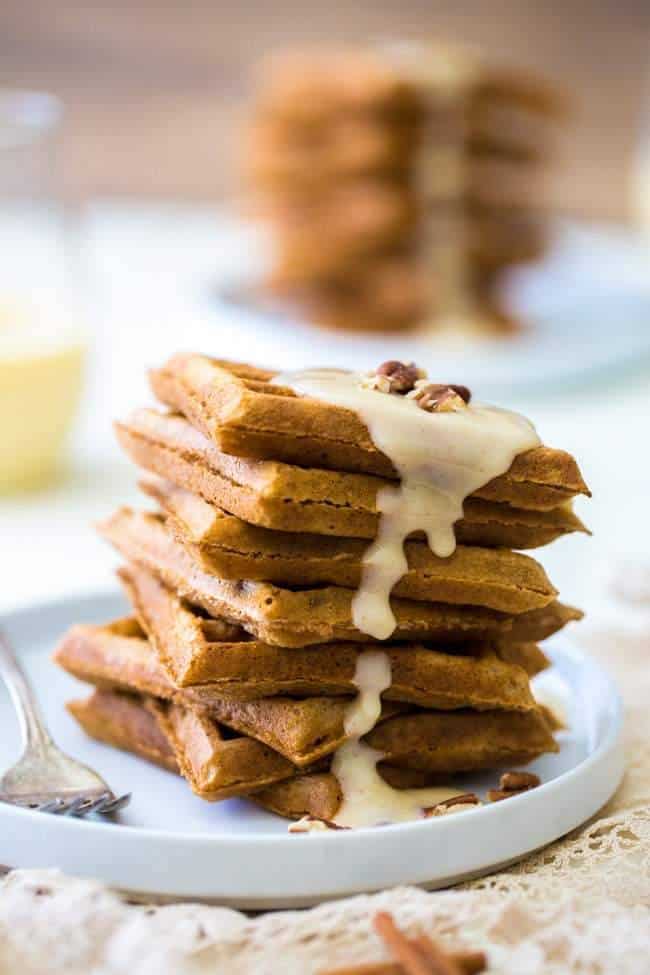 Because, well, YUM and Christmas and COZY THINGS in your MOUF.

Of course, if you want something gluten free, but still SUPER festive, you could make these paleo gingerbread waffles from Perry’s Plate!

The waffles are crunchy on the outside but soft on the inside, and packed with the smells and tastes that make this season SO NUMMY.

BUT, we don’t stop there my friend. Because here in the land of FFF we go big or go home.

Except. I’m typing this at home. ON MY COUCH.

I’m sitting on a throne of LIES. (name that Christmas movie) 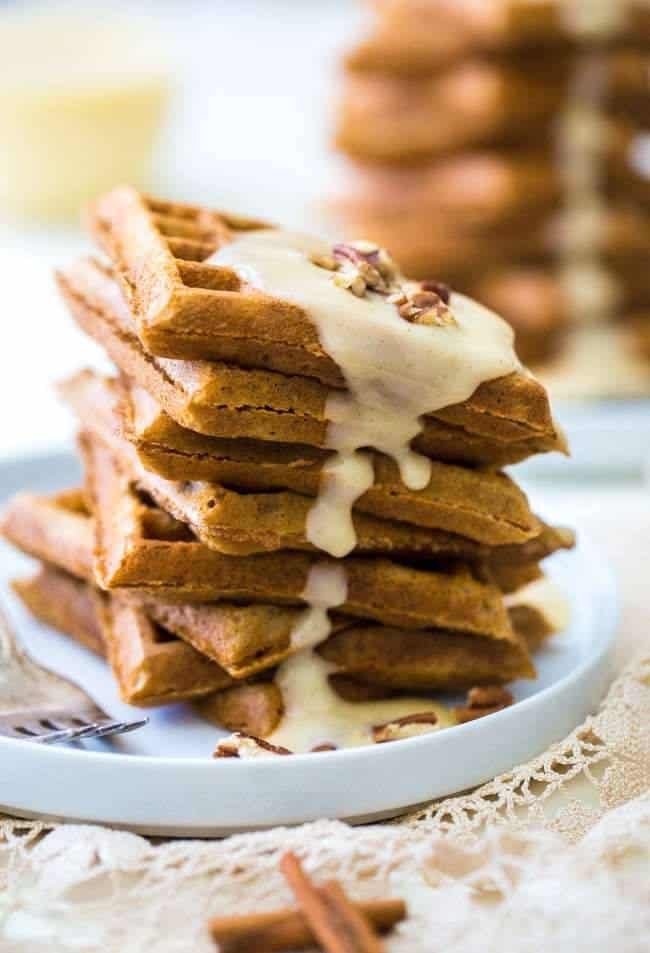 Then we pourdousedrizzle the eggnog cream sauce on ALL the things. I mean, TRY to get it mostly on the waffle. BUT, I understand if it lands on your table, in your ears and on your eyebrows from the sheer excitement of what is about to happen in your facial hole.

Not that I am speaking from experience or anything.

You guys. It’s waffles. And egg nog. And it’s what’s for breakfast on Christmas morning.

But, when is it not Elf. ALWAYS ON TV. 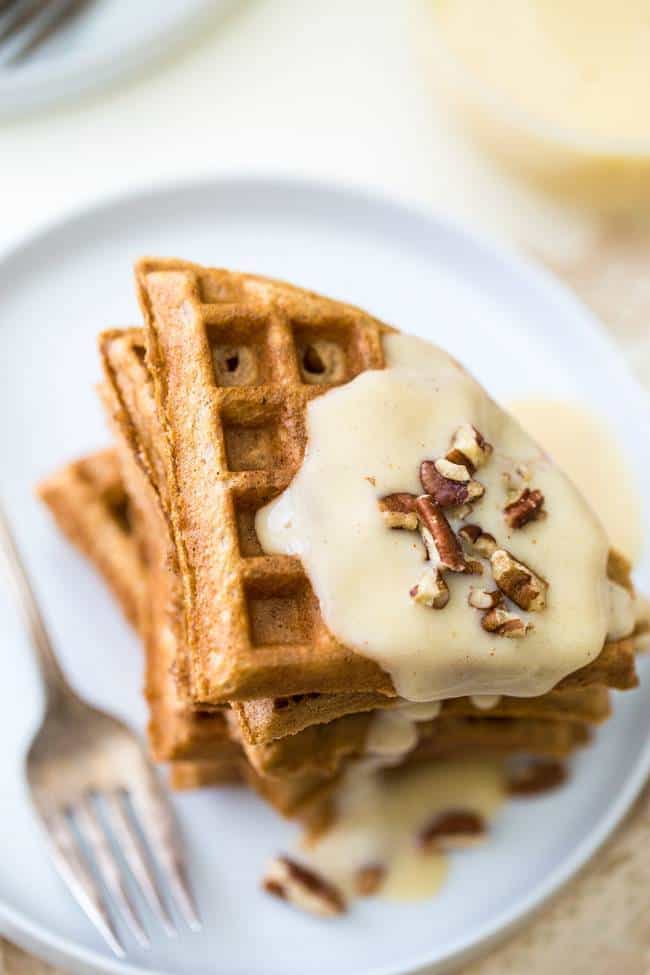 Head on over to WholeYum to grab The Eggnog Waffle Recipe 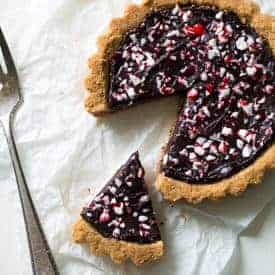 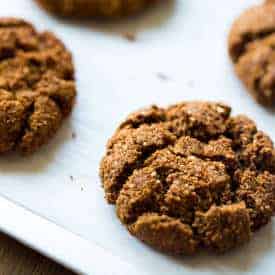 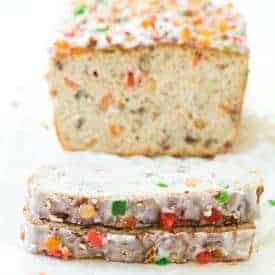 Eggnog recipes from around the web: 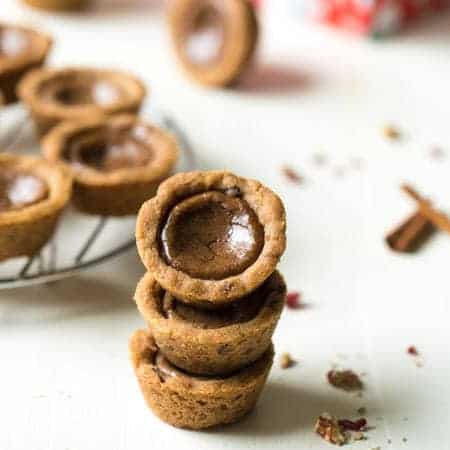 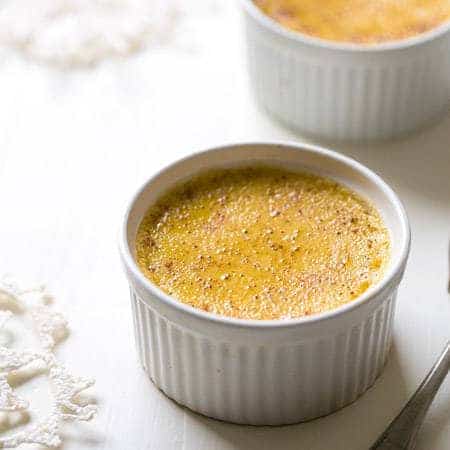