END_OF_DOCUMENT_TOKEN_TO_BE_REPLACED

These pumpkin cookies are stuffed with coconut cream and covered with white chocolate. They’re whole wheat and butter free too! 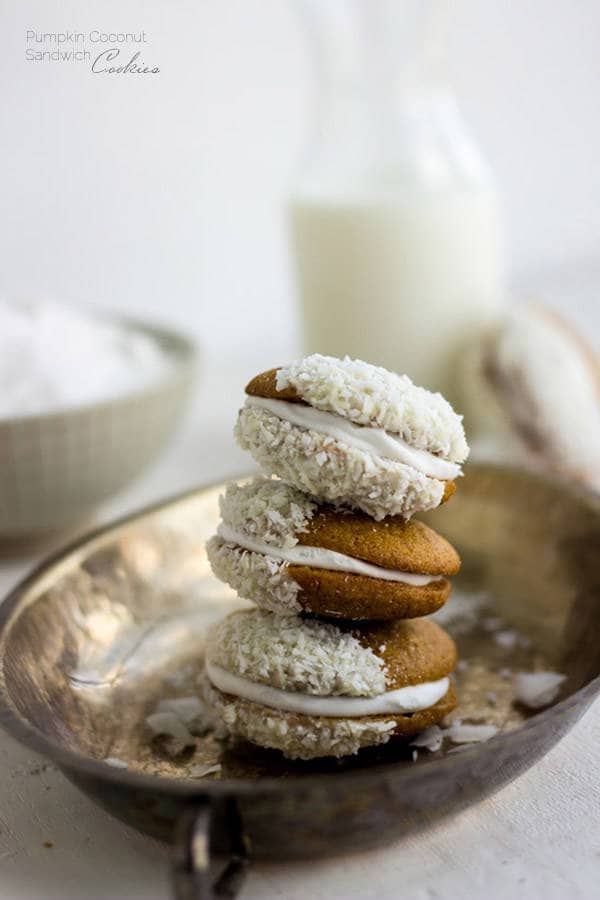 The day is upon us.

The day where I bring you the first PUMPKIN recipe of the season! Woo to the hoo!

Now, I know some of you are hating me for throwing pumpkin in yo’ face so soon BUT…FOOD FIGHT.

No, I am kidding. I was going to say BUT, have you BEEN on Pinterest lately? It’s been pumpkin for a month already!

At least I didn’t subject it to you that early. That’s not to say that I personally wasn’t eating it though. I <3 my paleo pumpkin blondies and healthy pumpkin cheesecake bars!

If I am being totally honest with you. I am lying. Isn’t that one big oxymoron.

I am lying to you about not wanting to subject pumpkin to you that early. In fact, this Pumpkin Cookie Recipe was actually posted on Food Fanatic in AUGUST.

I knew you guys would throw things at me if I shared it on here then. So, in the name of my own safety, I waited.

And, my peeps, it was worth the wait. Soft pumpkin spiced cookies that contain NO buttah and are filled with whole-wheaty goodness. 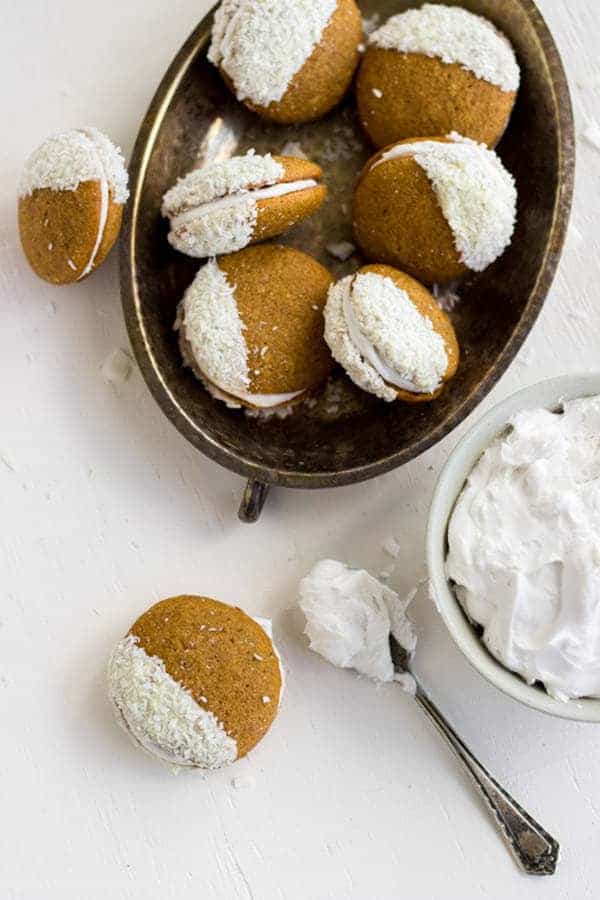 They’re also filled with coconut cream and covered in more coconut, because that’s just yummy. I jumped on the coconut whipped cream train awhile back, and that is one train I am never going to get off.

In fact, there is ALWAYS a can of coconut milk in my fridge just in case I get the urge to face-plant into a big bowl of light, whippy NUMMY-NUM-NUM-NESS.

I can’t confirm or deny that I just had such an urge and the aforementioned coconut whipped cream is now going to my head, as well as being all over it.

I really want to tell you that these pumpkin cookies are like a healthy version of a fall-tacular whoopee pie. But, confession time, I haven’t HAD A WHOOPPEE pie so I don’t know what they taste like.

You’re judging me. I know it. You’re wondering how you can ever trust a recipe from a girl who hasn’t had a whoopee pie in her life.

But, they just weren’t a thing in Canada. We were too busy swimming around in maple syrup, you know.

I know our trust levels are on thin ice but work with me for a second. 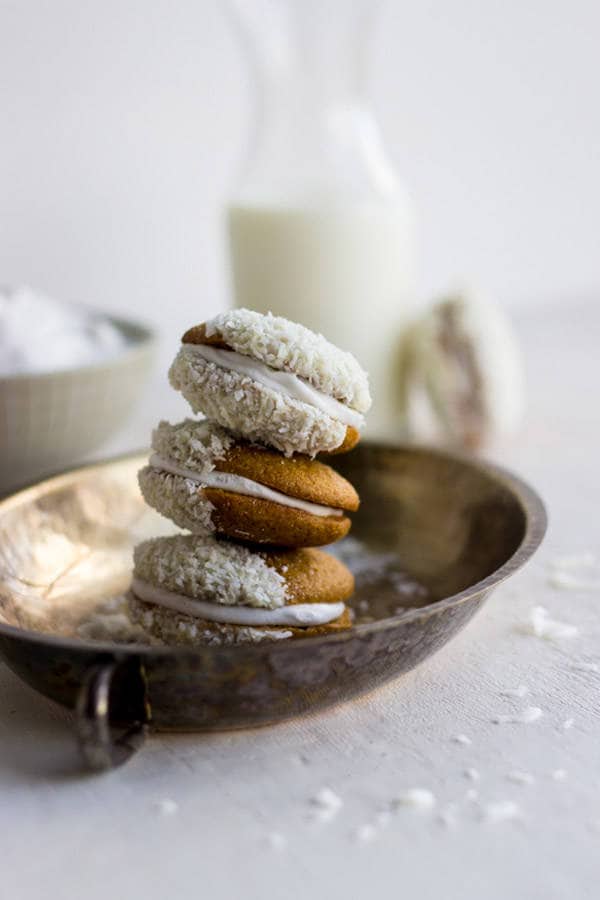 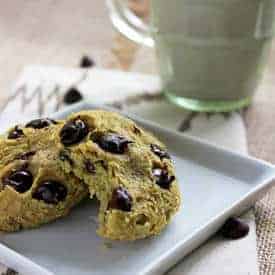 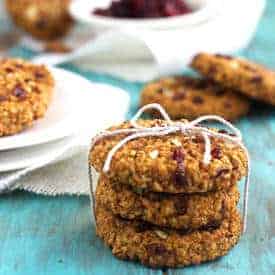 Other pumpkin treats from around the web: 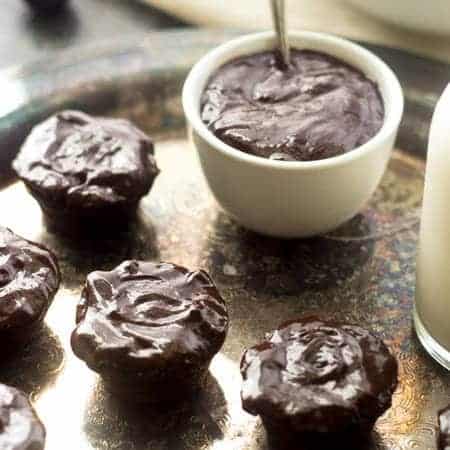