END_OF_DOCUMENT_TOKEN_TO_BE_REPLACED

By Taylor KiserJul 1, 2020Jump to Recipe 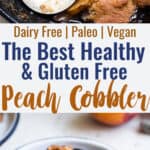 This easy Healthy Paleo Peach Cobbler with Coconut Flour is a gluten free remake of the classic recipe that you’ll never believe is healthy! The perfect Summer dessert to feed a crowd! 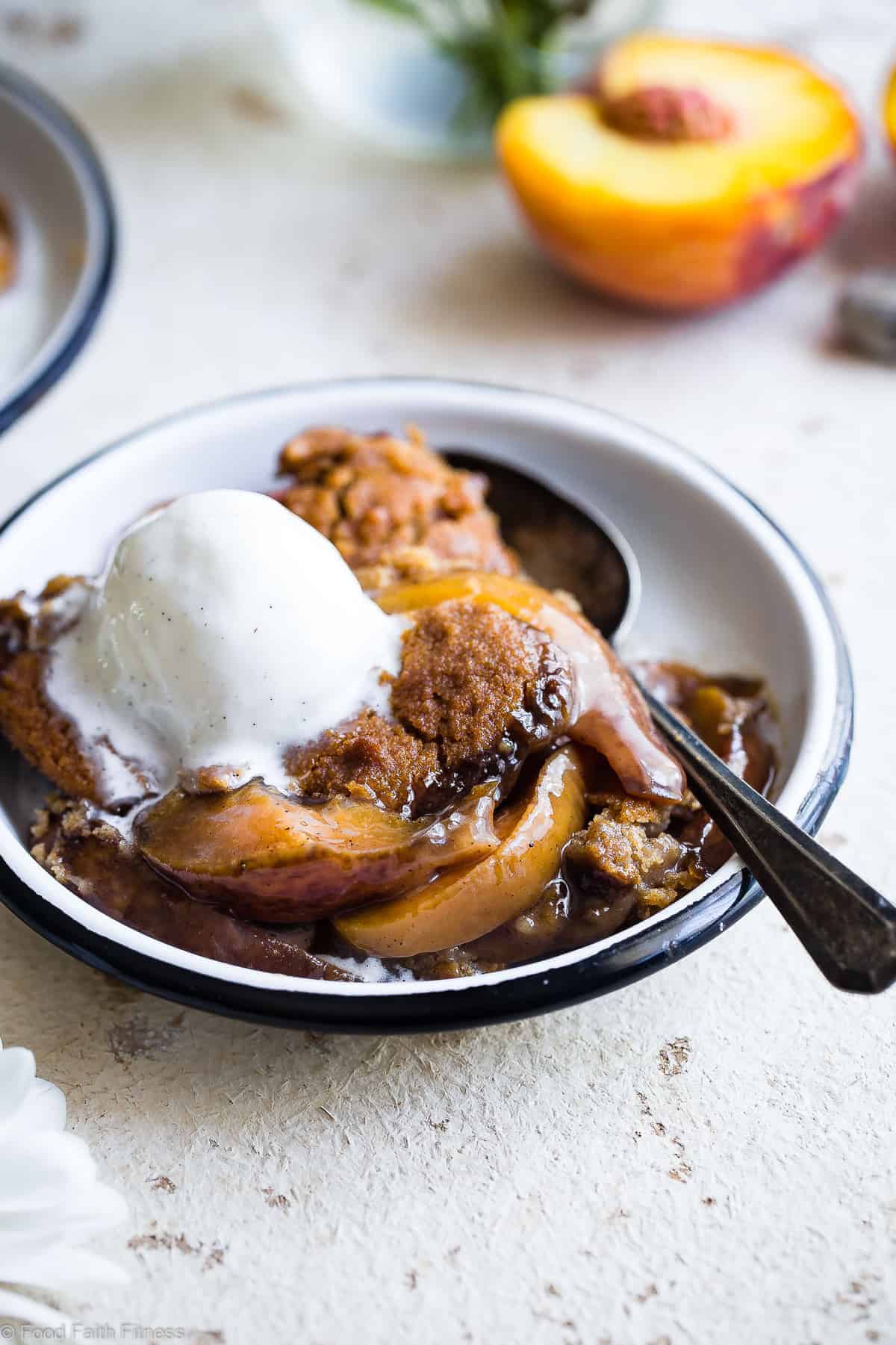 The dairy free peach cobbler of your DREAMZZZ.

Like, this is the paleo peach cobbler recipe that I did not even know I needed until I tried making it and W H O A. How have I never had a peach cobbler in my ENTIRE LIFE?

Actually, any kind of cobbler recipe for that matter. I’ve told you before and I’ll tell you again: there are just some American foods that we don’t really eat in Canada (like paleo healthy sweet potato casserole or one-pot jambalaya) so I’ve never had the experience of tasting them.

Until I did. And then realized that there has been a PEACH COBBLER SIZED HOLE in my very life for almost 28 years.

According to Mr. FFF (since I wasn’t 100% sure what I was going for, not ever having one, but RLY RLY wanting to try making one anyway) this vegan peach cobbler recipe is: 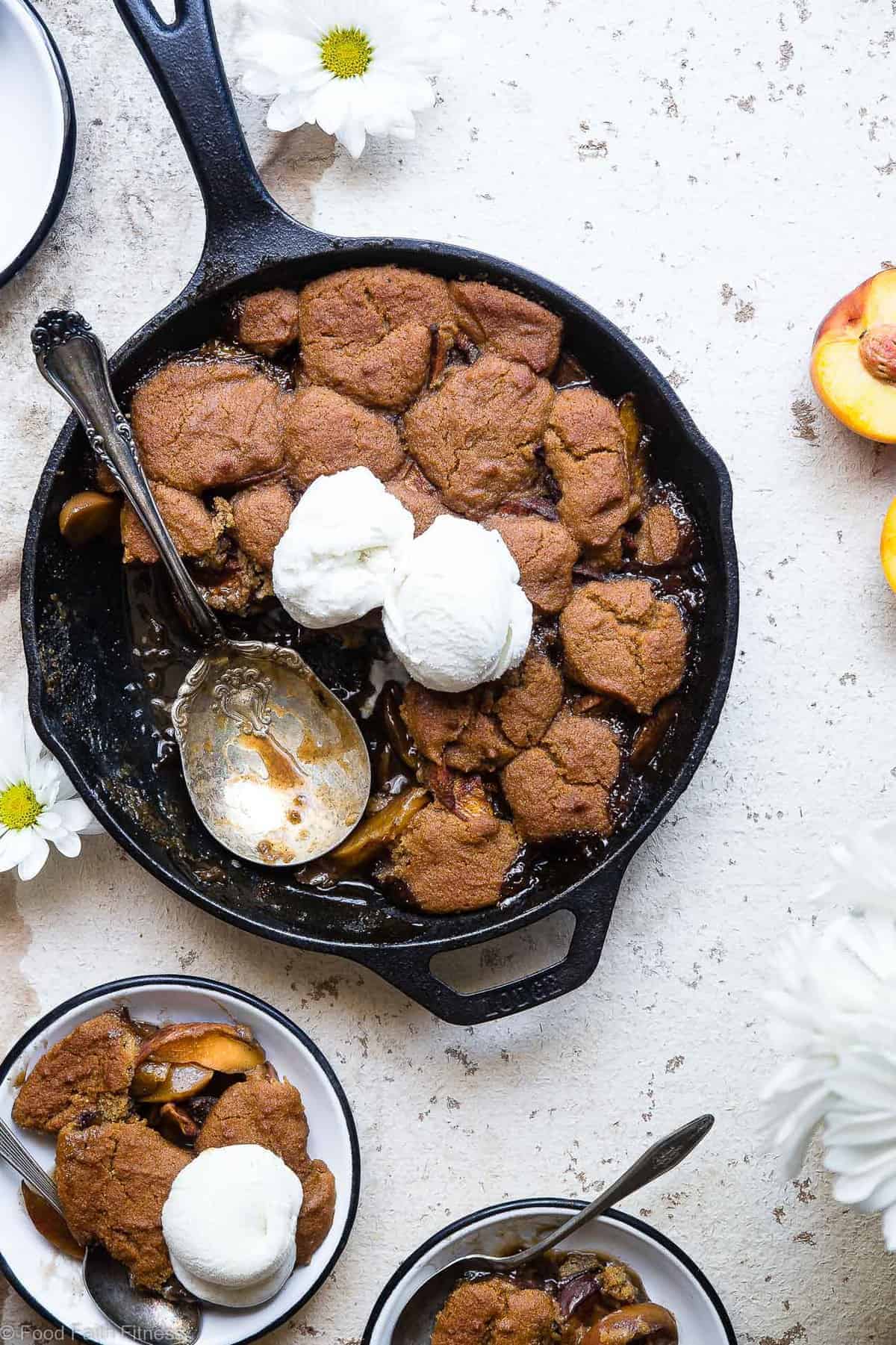 What kind of peaches should I use for Paleo Peach Cobbler?

You want to use freestone peaches, not clingstone. Did you know there were such thing as freestone peaches? Like the name suggests the stone is FREE so they are not SO INCREDIBLY HARD to slice. GAME CHANGER RIGHT? You ALSO want to use peaches that are a LITTLE bit soft, but not squishy and overripe. Otherwise, that little bit of addictive chewy texture left after baking? JUST GONE.

Cobblers are my new FAVE, and I can’t believe I didn’t know about them before. I mean, I’m no stranger to a Paleo Vegan Apple Crisp or a Gluten Free Rhubarb Crisp but now I’ve got cobbler to devour too! So now that I’m on the cobbler train, particularly this juicy, sweet, crisp PEACH one, I am getting HUNGRY! Like, where have you been all my life, peach cobbler!? The ingredients are wholesome, better-for-you ingredients than your typical cobbler, so you’ll feel good about enjoying this treat and sharing it with your crew! Here’s what you’ll need to make it: 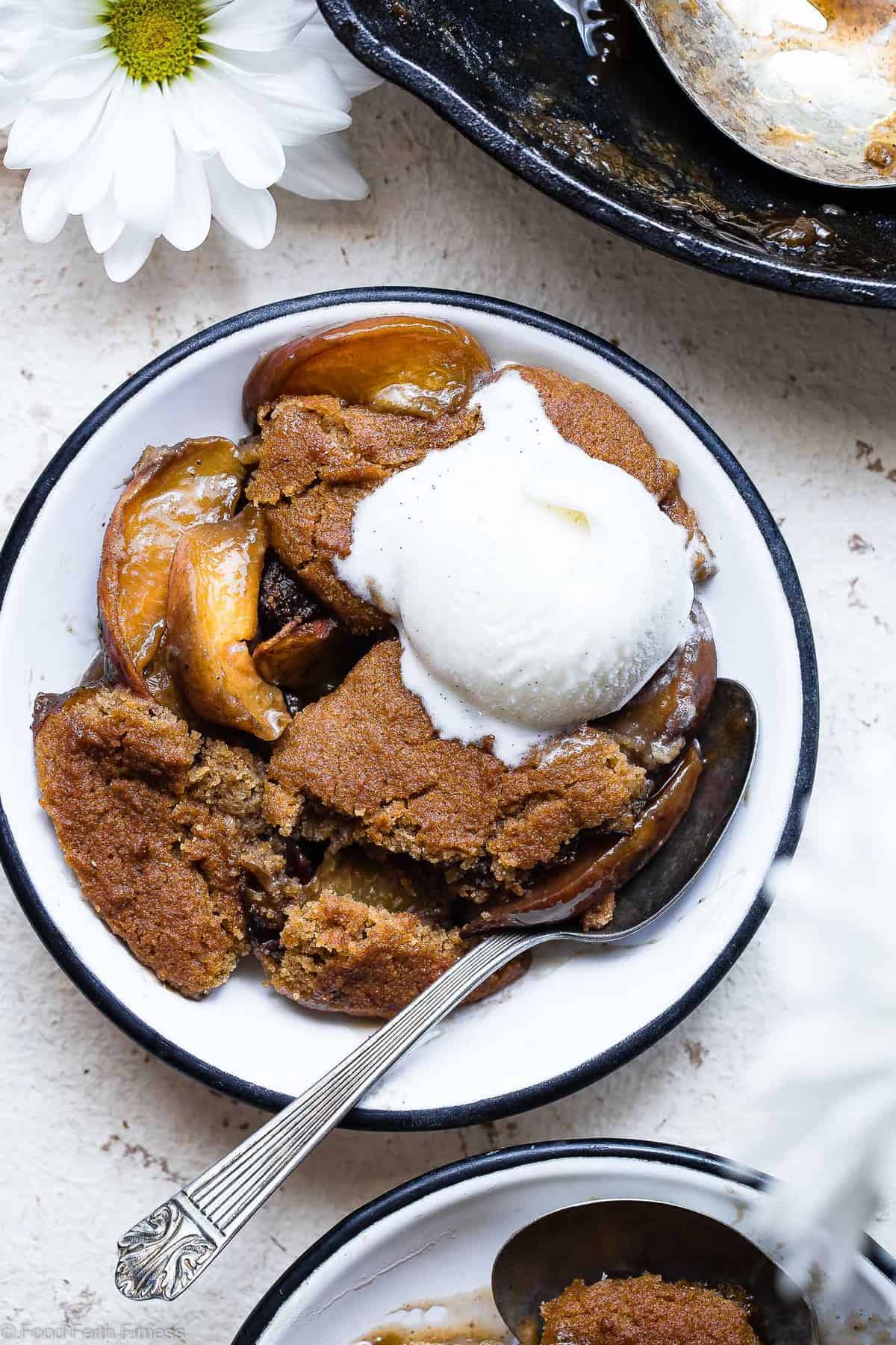 I love a satisfying, sweet dessert that uses delicious summer fruit (HELLO peaches!) and is indulgent and rich too! But tell me it’s all wrapped up in a healthier-for-you package and it’s official- this coconut flour peach cobbler has won my heart! I’ve traded out some of the typical ingredients used to make a cobbler and replaced them with more wholesome ones that you’ll feel good about! 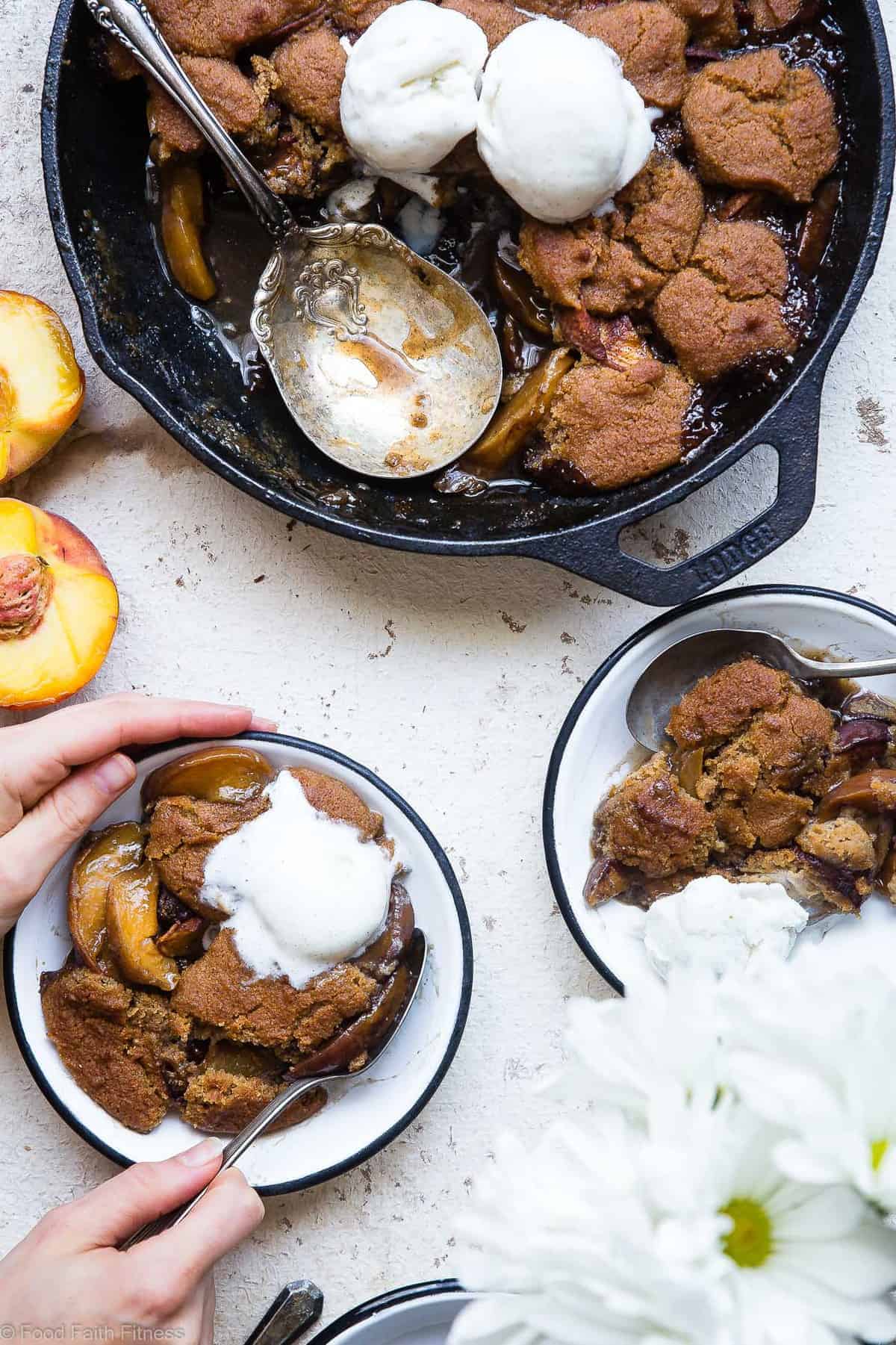 It’s delicious- check! It’s healthy- check! It’s satisfying- double check! You’re all set to go with your ingredients and I know your stomach is probably rumbling while you dream of this DELISH dessert! Here’s how to make it:

Preheat your oven to 425 degrees Fahrenheit. In a large bowl, add the peaches, coconut sugar, cinnamon, nutmeg and lemon juice and stir to combine. Stir in the tapioca starch.

Pour this mixture into a large baking pan (I use a 10 inch cast iron skillet) and pop it in the oven to bake for 10 minutes.

In a separate, large bowl, add ½ cup plus 1 Tablespoon of the coconut sugar, the coconut flour, tapioca starch, baking powder and salt and stir it together. Add the butter and blend it into the flour mixture with your fingers until it resembles fine meal. Stir in the boiling water until just combined.

Remove the peaches from the oven and sprinkle the remaining coconut sugar and cinnamon overtop. Next, by spoonfuls, drop the cobbler mixture on top of the cobbler. Spread it out evenly.

Bake for about 25-30 minutes or until the peaches are bubbling and the top is golden brown. Let stand afterwards for at least 30 minutes.

Serve it up and devour!!

This cobbler is downright delicious by itself, but if you want to make it a bit EXTRA, do it up with some dairy free whipped cream, vanilla ice cream or even vanilla greek yogurt! 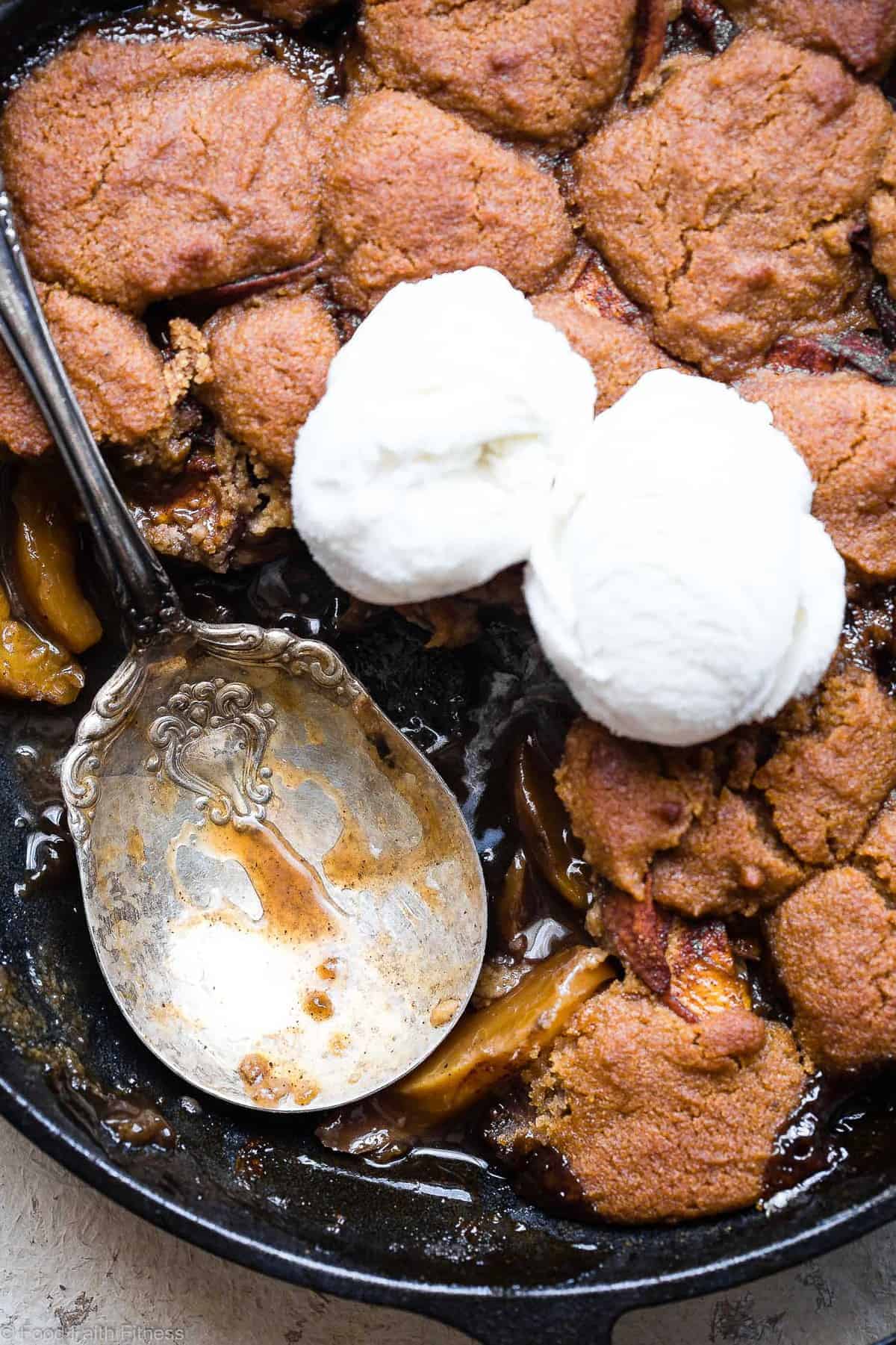 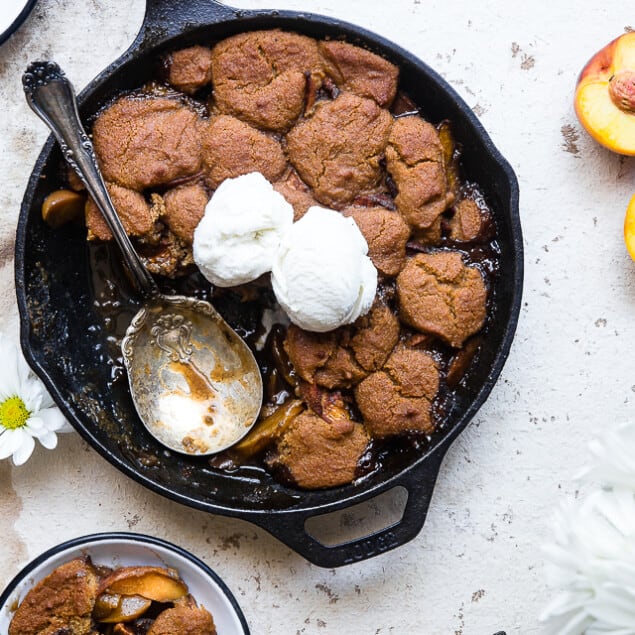 *As with all GF baking please weigh your flour to ensure results Recipe loosely based off of this recipe.

(per serving – based on recipe serving 8 people) 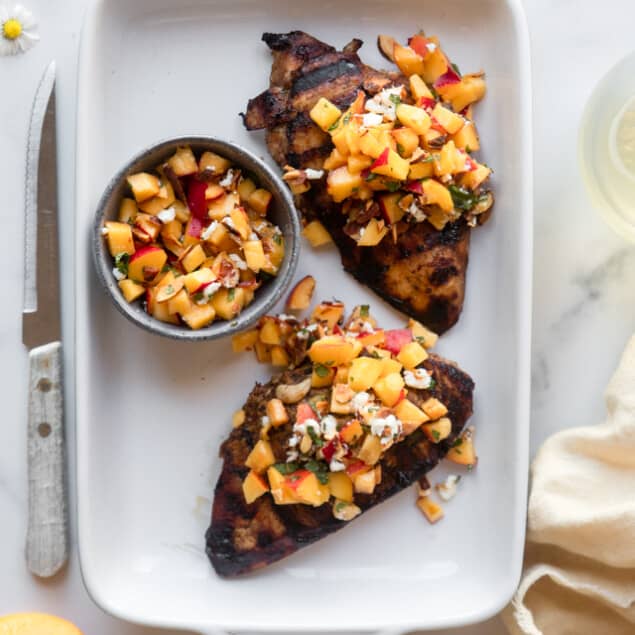 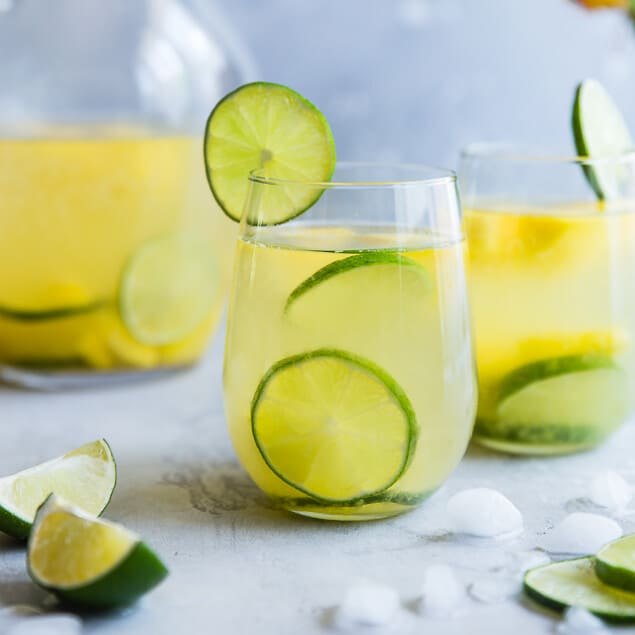