END_OF_DOCUMENT_TOKEN_TO_BE_REPLACED

Do you ever have moments in life where you have no idea who you are?

Okay. Let me explain. Because now you’re all concerned that I am having some sort of identity-early-life-crisis dealio.

I mean, when you do something and you have NO IDEA WHY YOU DID THAT?

I can’t confirm or deny that this happens on a daily basis. Like this morning for example.

I was driving to the grocery store, half asleep at 7 am. I had no radio on because music before 10am? Too much.

SUDDENLY, I stared singing “everybody’s doin’ a brand new dance NOWWWWW, Come on baby do the LOCOMOTIONNNNNN” and flailing my arms around (which I don’t recommend whilst driving. Ever.)

And then the desire to sing just went away.

And now you’re even more concerned about me aren’t you? I get it.

YOU KNOW WHAT. It gets weirder.

I went home and figured I should probably put some food in my facial hole…but…I didn’t feel like eating  my go to oatmeal recipe with blueberry cheesecake swirl. I didn’t even want my cookie dough overnight oats. WHAT THE WHAT?

If you’ve been around here any length of time, you would know that I am obsessed with oatmeal, and generally eat it 2-4 times PER DAY. I have a problem.

But, my taste buds just said “Girlfriend. NU UH. None of that today.”

They are gangstas in their spare time you see.

SO. I did something even WEIRDER….and ate  breakfast quinoa. Like, QUINOA. FOR BREAKFAST.  In all the 23.9 (it’s almost my birthday!) years of my life, I would have never thought that quinoa was a good way to start the day.

Maybe end it. You know, with a Crock Pot BBQ Chicken Quinoa Recipe for dinner, BUT NEVER EVER start it.

And now I kind of wonder who I WAS for the past 23.9 years of my life ‘cause I want to start AND end EVERY DAY FOREVER (caps for MAJOR emphasis) with creamy-breakfasty-quinoa yums.

Not only is it a bowl of cozy goodness (think a taste-bud-ular hug fest) it’s also EASY and HEAL to the THY.

Did I mention the maple whipped ricotta topping? DO NOT OMIT. Remember the whole wheat pancakes with ricotta and blueberries? It’s AMAZING stuff and omitting it would be depriving your mouth of all things good in the world. And then I would be forced to report you.

I don’t know who deals reports of the taste-bud-u-lar variety, but that is neither here nor there.

Let’s do the locomotion…. 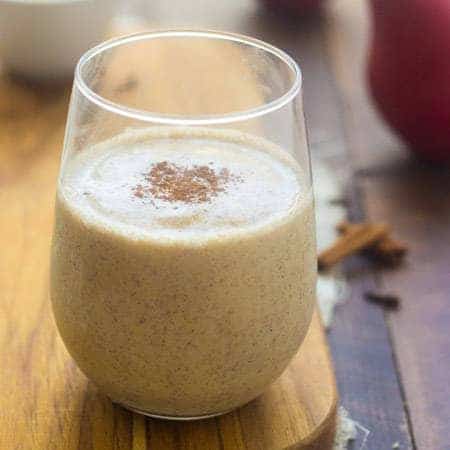 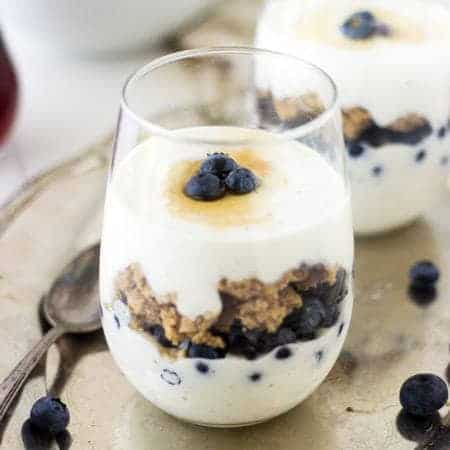