END_OF_DOCUMENT_TOKEN_TO_BE_REPLACED

These mini gluten free brownies are packed with cherries and topped with chocolate ganache. Quick, easy and better for you! 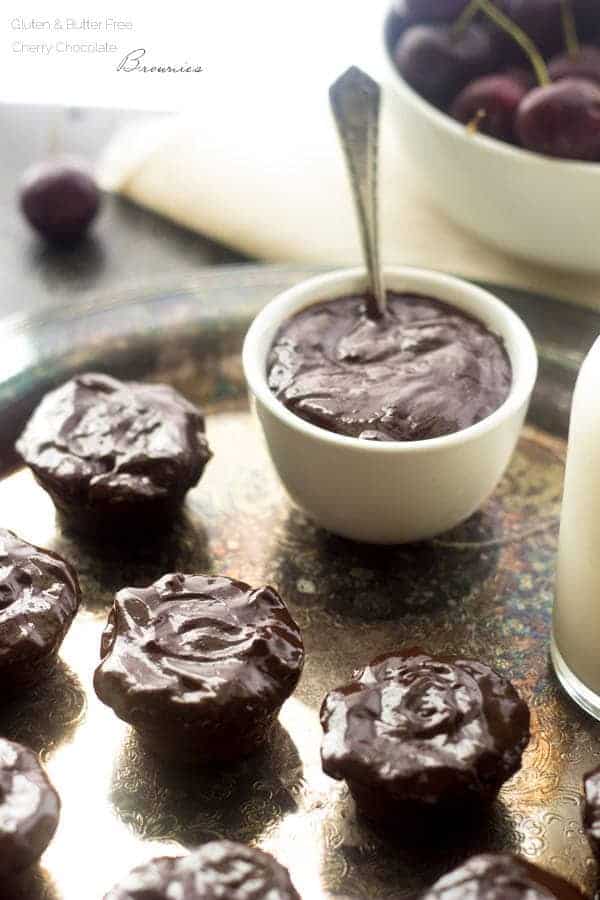 Are you still mad at me for moving across the country and not telling you? I get it.

There are secret reasons that I plan my posts on certain days. I knew there was going to be some “how-could-Taylor-leave-us-SO-in-the-dark-about-her-life” hatred today.

And, brownies are the cure for all things. So I am told. 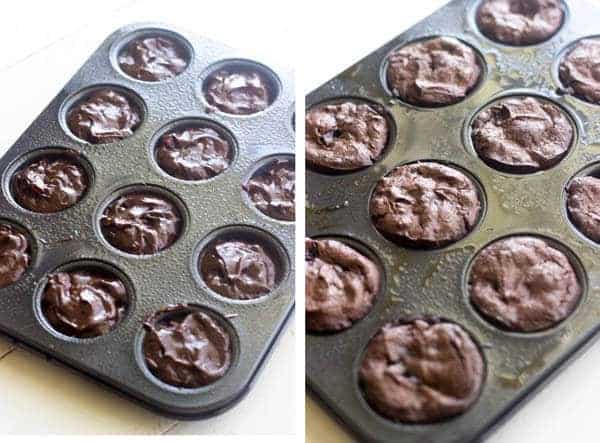 I also can’t confirm or deny that I have tried this tactic a few times after a little we-don’t-agree-on-something with Mr. FFF with GREAT success.

You know what though. I ALMOST didn’t have a brownie peace offering for you today. It was ALMOST going to be a paleo chocolate lava cake recipe for this peace-making sesh (sidenote: Methinks that would have been good too ) BUT brownies always wins the terms of making friends and stuff. Especially when there is cherries involved.

I ACTUALLY made these gluten free brownies a few months ago, photographed them and was saving them for the perfect time. THEN, we found out (1 week in advance. GAH) that we were up and moving our lives to the other side of the WORLD. Read: Country. BUT STILL. THE STRESS.

I knew that it was time to whip the brownie babies out of my secret-ninja-post-arsenal-stash-thing. 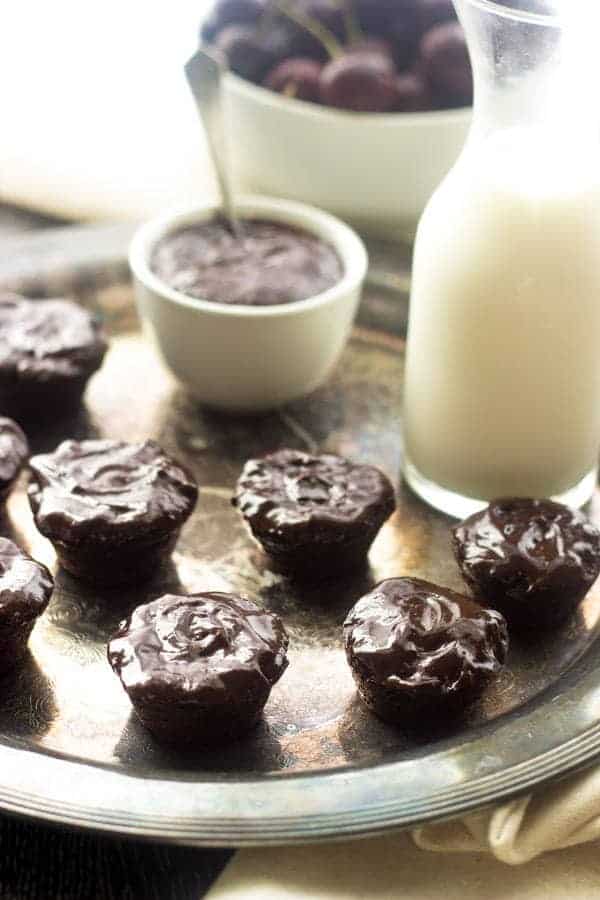 So, I went into it (truthfully speaking: it’s just an external hard drive. NotSoExciting.) and I found the pictures. BUT. NO. RECIPE.

Yep. I somehow FORGOT to type the recipe after I developed it. I went back through my hand written recipe book. I found it. The problem was I had written it SO fast that it looked like the hubs had written it.

That means that I couldn’t read it. Side note: I STILL have some love letters from him that I have to make up words because I can’t fully read it. But, then I can pretend it’s extra romantic. Which is fun.

Let’s get the facts straight.

You know how I solved that?

We ate gluten free brownies brownies for 2 days straight, while packing, so I could re-develop them.

Oh ya. These brownies? They are RICH and for DARK CHOCOLATE LOVERS ONLY. Just so you milk chocolate lovers don’t try them and go !!!. Just looking out for you.

Ok. I’m barely unpacked. So I’m gonna stop talking about gluten free brownies and go make a house a “home.” Or whatever.

You know what you should do? 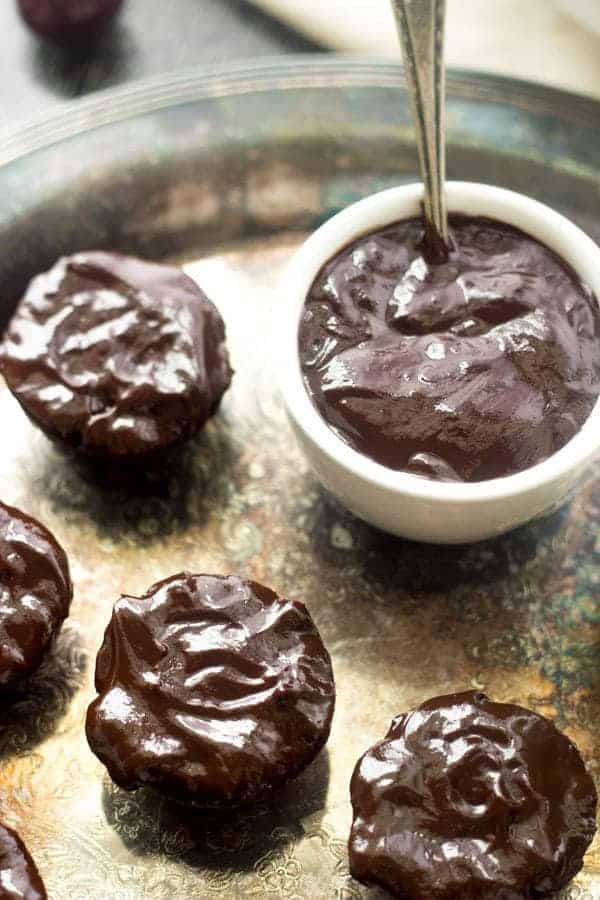 Eat stress-worthy brownies. Without the stress.

I’m sharing the Gluten Free Brownies Recipe over at WholeYum today, so head there to check it out! 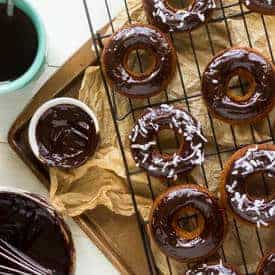 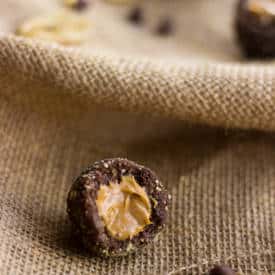 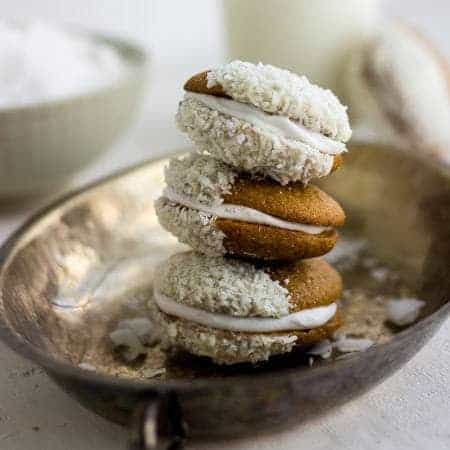 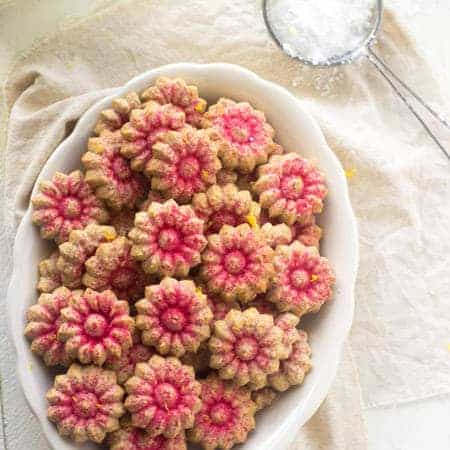