END_OF_DOCUMENT_TOKEN_TO_BE_REPLACED

Are you trying to eat low carb but miss delicious treats? Download my FREE E-cookbook with 10 Keto Dessert Recipes!

Chicken is marinated in Greek yogurt, chia seeds and lemon juice, baked and served over zucchini noodles for a quick, easy and healthy weeknight dinner! 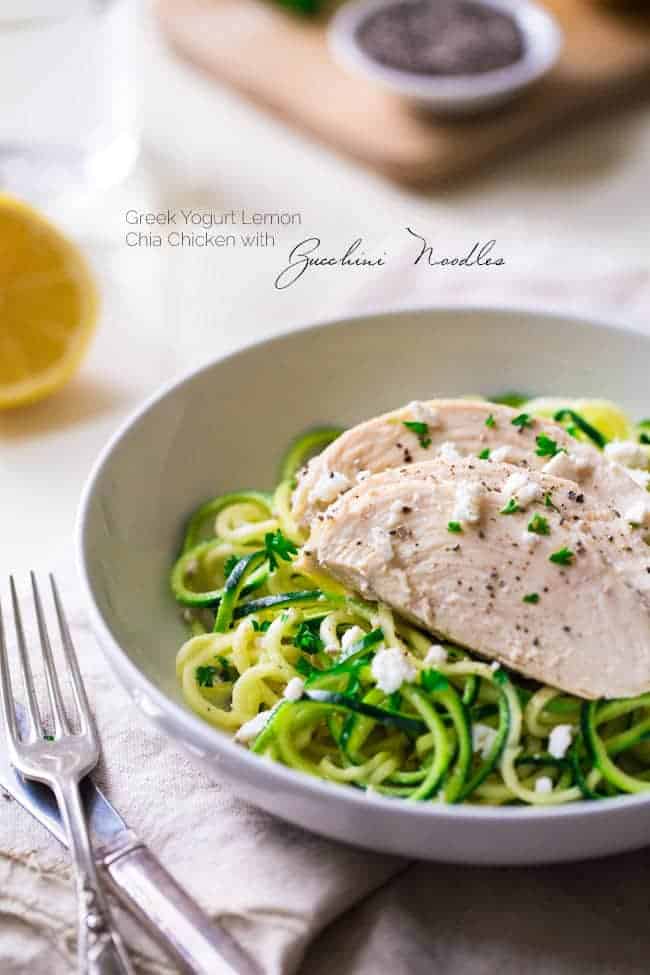 And, really, that is far as my brain is going right now.

It’s one of those dreaded days of WRITERS BLOCK. Or it could be because I just woke up and I haven’t had my coffee.

But, I have come to the place of accepting that I am only ever going to be a normal human once coffee is running through my veins.

I also don’t know if I’ll ever be normal. So, there’s that. 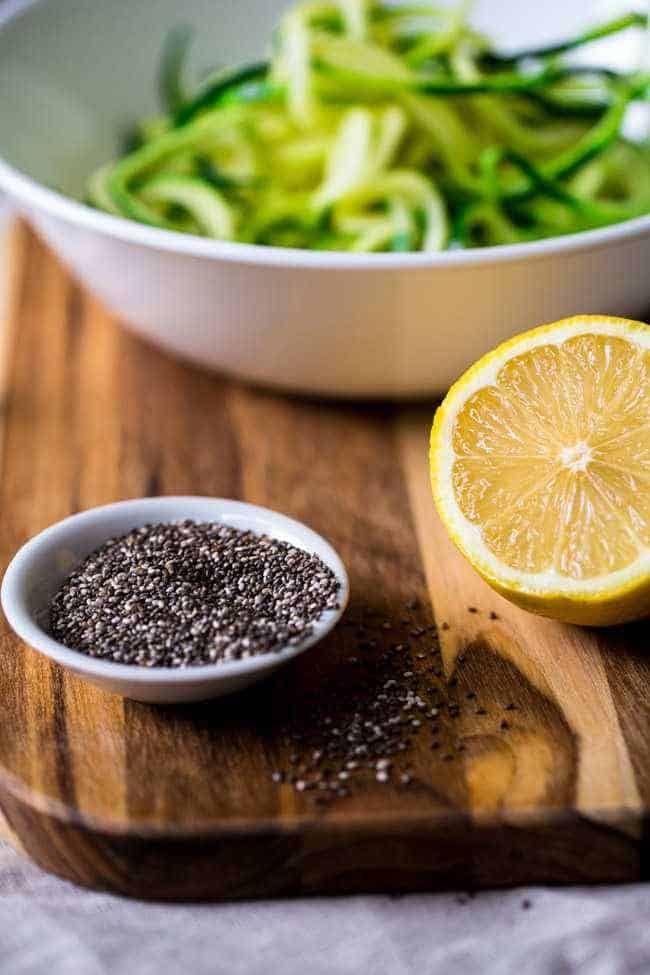 But this post is not about ya’ll trying to get all deep, INSIGHTFUL and trying to figure out the inner workings and human nature of Taylor. Whatever that means.

It’s about chicken. And zucchini noodles, and a creamy, 6 ingredient sauce that tastes like Spring time just hit you square in the MOUF. 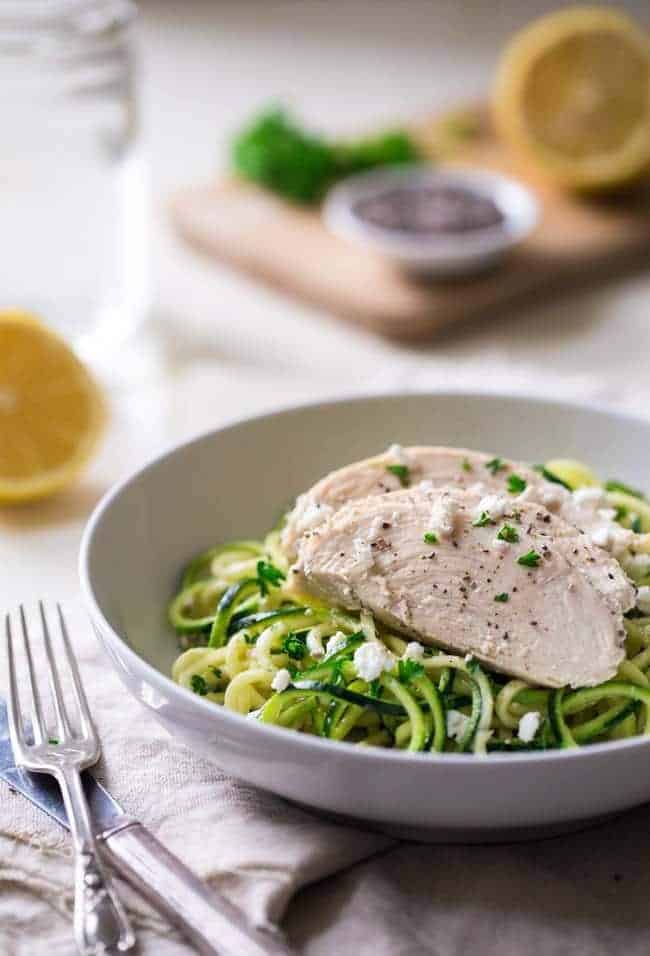 Remember the Paleo Egg Muffins? It’s ALL about the plot twists here on FFF. I just like to keep ya on your TIPPY toes.

Have you noticed that I go on recipe binges? Like, only a couple weeks back, we had those Slow Cooker Energy Bars, which was the first recipe EVER to have chia seeds. And then chia seeds are rearing their black and REALLY small little heads AGAIN today.

But, they’re really fashionable and trendy right now. Like dogs in purses. 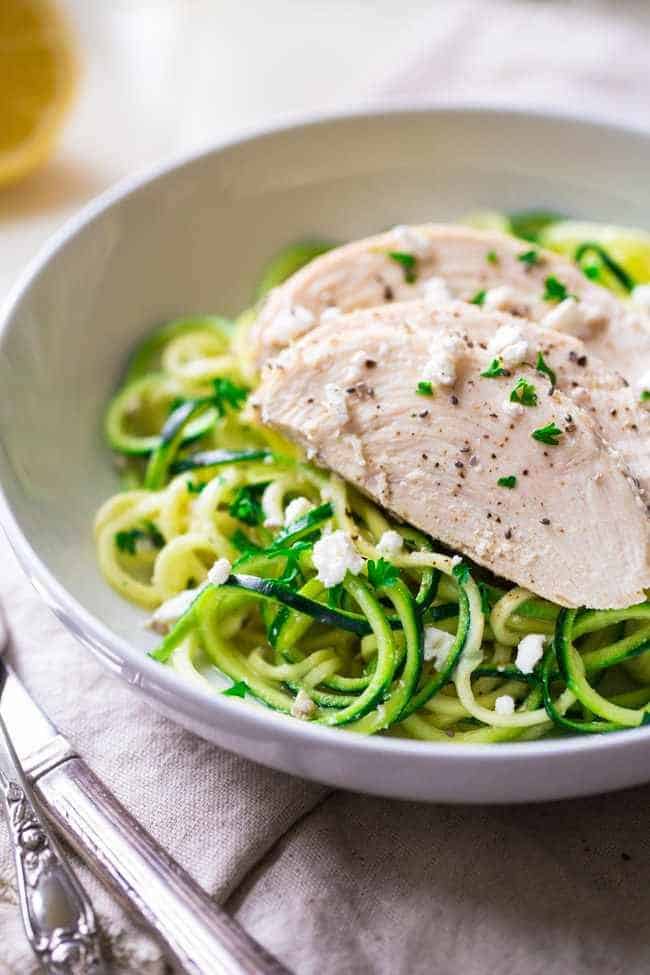 Which should have never been fashionable EVER, if you’re wanting my opinion.

For so long, I only thought of chia as those totally creepy little heads that grow “hair.” They really didn’t come in my radar as something that makes me go “NUM.” Until, you know, I actually tried using them.

And clearly, we are now eating them in ALL DA FOODS. 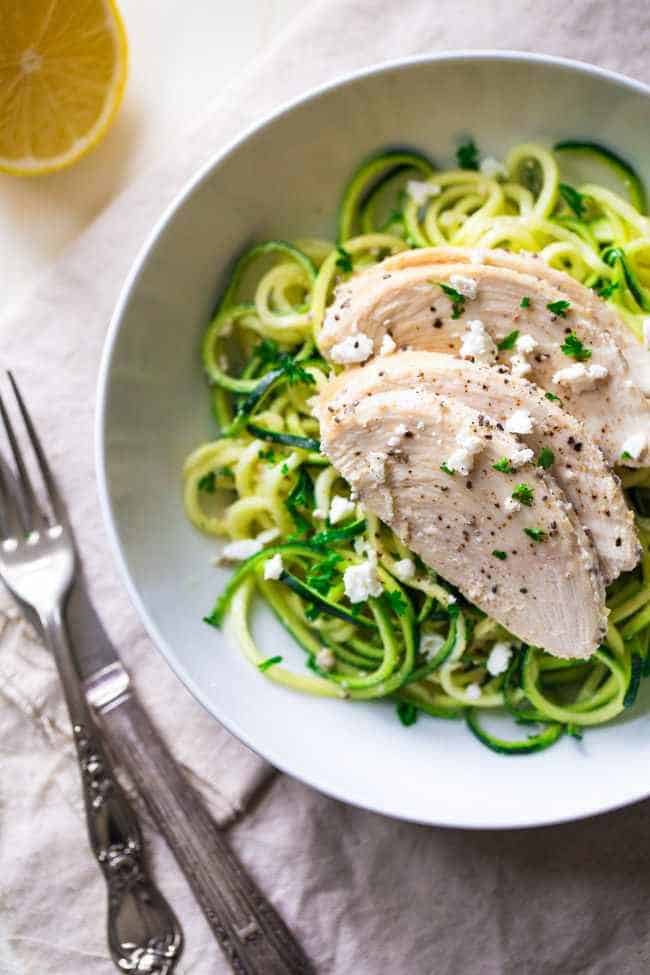 Like, just take a spoon to some Greek yogurt (Protein <3) with some FRESH lemon juice, and some other spices for a little bit of FLAVAH. Let it do its spoon “thang” (read: Stir it) and then show that chicken who’s boss (read, the sequel: bake it.)

Once that’s done, a few cranks of a spiralizer is all you need to make some zoodles. Pop that chicken on top, hit ‘er with some more lemon juice, parsley and Feta cheese <– Don’t skip that. 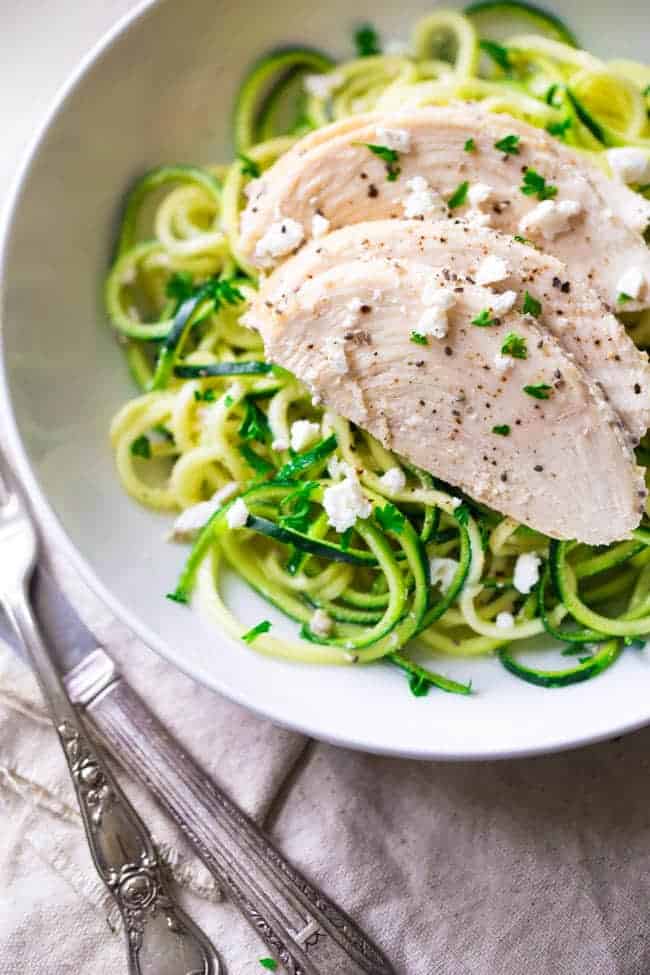 Now, look at your plate and feel like you’ve just created the fanciest dinner EVER in abouuuut 30 mins.

It’s SEWWWW fancy, you should even have a white wine cocktail with it. 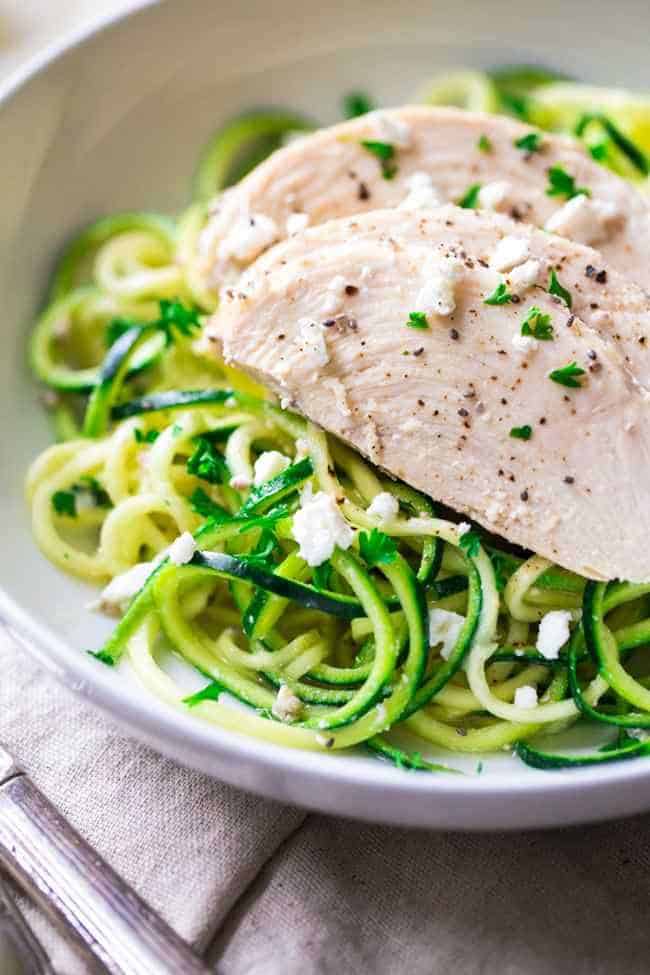 I also shared the Greek Yogurt Lemon Chia Chicken recipe on Melanie Makes. So be sure to check it out there as well! 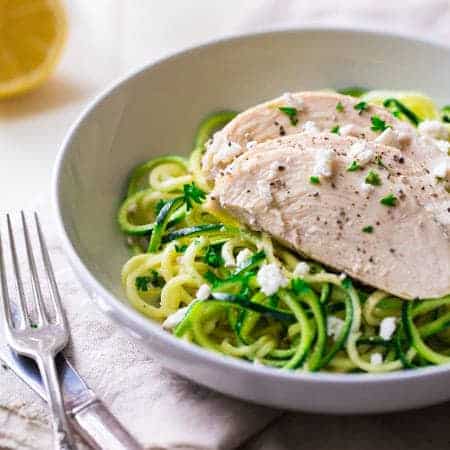 b]If you need a great spiralizer, I LOVE [this one![/b] 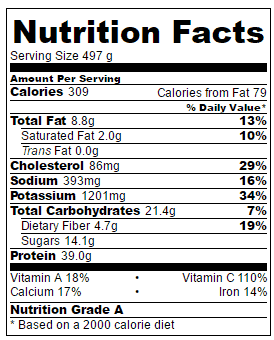 If you make this recipe, please remember to tag @foodfaithfit and #foodfaithfitness on Instagram! I LOVE seeing your recipe recreations! 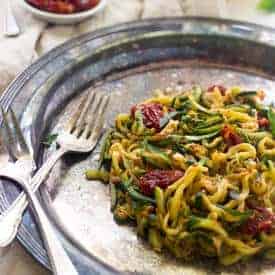 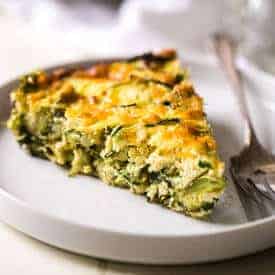 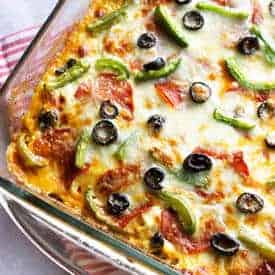 Yogurt Chicken recipes from around the web: 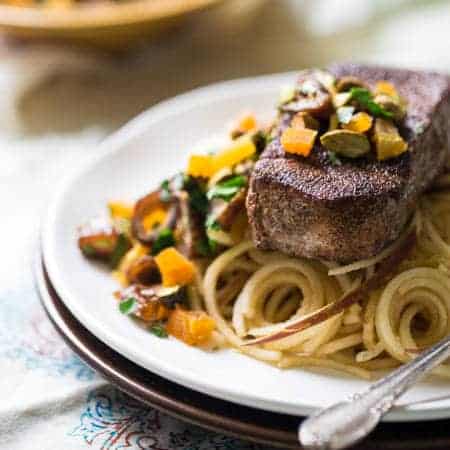 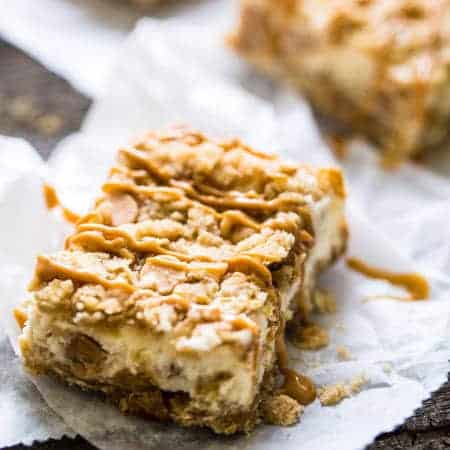